A fever and cough strike a busy, young mom. But this is no routine case of influenza. 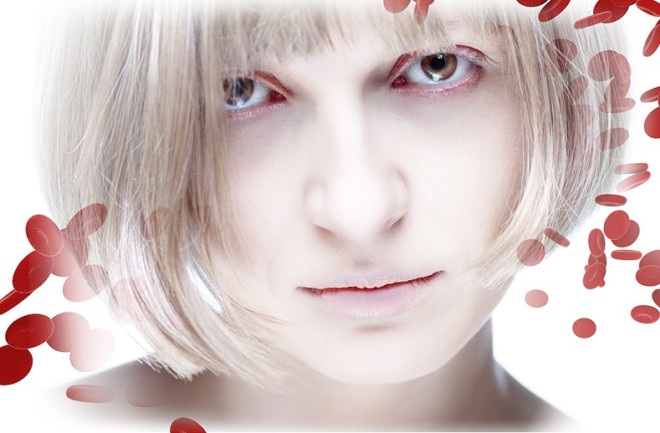 I had already sent in Jeff, my medical student, for what seemed like a routine case: a 30-something woman complaining of cough, low-grade fever and fatigue for a week. I reread the chart: pulse 114 (a tad high), fever 100.4, good blood pressure and oxygen saturation near normal at 96 percent. This sure looked like the flu.

Hustling over, I found Jeff diligently noting his findings in a small notebook. The patient — a thin, blond woman wearing a slightly startled expression — did her best to answer him.

Elsa was right. Blond hair and fair skin notwithstanding, her complexion was bone white. “How long have you been sick?” I asked.

“About a week,” she answered. “I’m a wimp, I guess, but this cough wasn’t getting better.” She paused to catch her breath. “I was in such a hurry. Had to run the kids to the babysitter’s. Then the doctor’s office. He sent me straight here.”

The monitor showed decent vital signs, but every word cost her. Elsa had already hooked up oxygen and started IV fluids.

I signaled Jeff to place his stethoscope next to mine. The right lung was healthy; the breathing sounds were soft and sibilant. The left lung, though, sounded crackly and wet at the base. Jeff’s eyes widened as he picked it up.

Easing out my earpieces, I said tentatively to Gail, “I think you have pneumonia.”

“Oh, no!” she exclaimed. “Can I pick up the kids first? Is it contagious?”

Pneumonia was once called “the old man’s friend” because it was said to strike the elderly with a relatively quick and painless death. But it kills young people, too. Jim Henson, the Muppets creator, succumbed in his 40s. Pneumonia, though often treatable at home with oral antibiotics, can run riot.

But Gail did not look toxic. She looked exhausted.

The X-ray came back. A dense patch clouded the left lung base. Jabbing a finger at it, I told Jeff, “Classic bacterial pneumonia. Probably pneumococcus.”

He nodded solemnly. Then Elsa grabbed my arm: “Come.”

We went over to her computer. Gail’s blood counts jumped off the screen: The infection-fighting white blood cells topped 35,000. (Normal is up to 11,000.)

Right beneath came the real shocker: a hemoglobin count of 4.4, less than half-normal. A woman Gail’s size has about 5 quarts of blood. She had lost almost 3 — a usually lethal drop.

“Mycoplasma?” I blurted, suddenly not only concerned, but confused. No classic pneumonia, this.

Mycoplasma pneumonia is an odd bug — one-fifth the size of a bacterium but bigger than a virus — that causes what’s popularly known as “walking pneumonia.” The usual X-ray picture is of wispy white strands throughout the lungs, not Gail’s socked-in snowstorm.

In the 1950s, mycoplasma gained notoriety because it did not respond to penicillin as other pneumonias did, thus earning the sobriquet “atypical” pneumonia. There are many other mycoplasma species, as well as other non-mycoplasma “atypical pneumonias.” Mycoplasma pneumonia needs to inhabit a human to survive, but unlike a virus, it can thrive outside a cell.

Adept at burrowing between the cells lining the upper respiratory tract, mycoplasma pneumonia usually only causes a nasty cough and the sniffles. The deeper lung tissues are typically spared, and no antibiotics are needed. Trouble begins when the bug ranges more deeply. Then it can unleash not only pneumonia, but also a hemolytic anemia that stems from “friendly fire” — a mycoplasma protein so closely resembles one found on human red blood cells that anti-mycoplasma antibodies will blow up the body’s oxygen carriers, too.

“That hemoglobin is insane!” Jeff whispered. “How can she still be talking?”

“She’s compensated,” I said. The loss of red cells had likely progressed over the past week, allowing Gail to adapt by pulling extra proteins and fluid into her bloodstream.

“But she still needs some red cells, right?” Jeff persisted.

“She most definitely does,” I answered. “Any lower and she’s in big trouble.”

We trooped back in. Gail, all ivory skin and blue eyes, straightened to hear the verdict. Her husband had arrived.

“It is pneumonia,” I explained. “The X-ray points to one type, but your blood work to another, one called mycoplasma.”

“The good news is, the immune system makes antibodies to fight this infection. The bad, those antibodies can also target your red cells.”

“What does that mean, doctor?” the husband asked, now grim-faced and hovering.

“It means you’ve lost a lot of blood. I’m amazed you were able to walk, much less carry your children. Besides antibiotics, we’ll need to transfuse you, plus add steroids to rein in that immune response.”

“Doesn’t she need the immune response?” the husband asked.

“Yes, but if we don’t modulate it, the antibodies will chew up any new red cells we give her.”

“We have two kids, doctor,” the husband continued. “Is this contagious?”

“Yes. Usually it only causes cold symptoms. There’s no need for antibiotics unless it’s pneumonia. Plus, there’s no easy diagnostic test for mycoplasma. Are they OK?”

Gail piped up. “Runny noses, but no fever or cough.”

“I’d sit tight and see your pediatrician,” I advised.

"That hemoglobin is insane!" Jeff whispered. "How can she be talking?"

I pulled Elsa aside. “Two units of blood now. Plus the antibiotics. Plus steroids.”

She held up a small bag of IV medication. “Way ahead of you,” she said.

Would the steroids rein in the antibodies fast enough? I worried the more red cells we transfused — like booster shots of a vaccine — the more antibodies would multiply.

The look on their faces told me Gail and her husband understood: ICU equals very sick. Tamping down my own anxiety, I tried to reassure them.

“You’re more than holding your own, but a lot needs to happen quickly. We can monitor you best in the intensive care unit.”

Overnight, it took three units of blood to raise Gail’s hemoglobin above scary. The next morning, her brave smile greeted me.

She beamed back and said, “I feel so much better.”

The hemoglobin dipped again that evening, so another unit went in. Then the wayward antibodies retreated, and the antibiotics kicked in.

I called her a week after discharge.

“I guess I’m fine,” she said. “Still dragging, though. Sorry, I don’t mean to whine. I need to get back in shape.” Pulling up her discharge labs, I saw her hemoglobin had bounced back to 70 percent of normal.

Recent studies have shown it is best to transfuse to that level, then let the bone marrow replace the rest. But that takes six weeks.

“Did they explain that you’re not back to normal yet?”

“Your tank is still only two-thirds full. It’s the safest way to go, but you won’t be yourself for six weeks. So give yourself a break, eat meat, and get lots of rest. You’re not Superwoman, you know.”

“But the closest thing yet.”