Robo-Sperm Could Be the Drug Delivery Mechanism of the Future 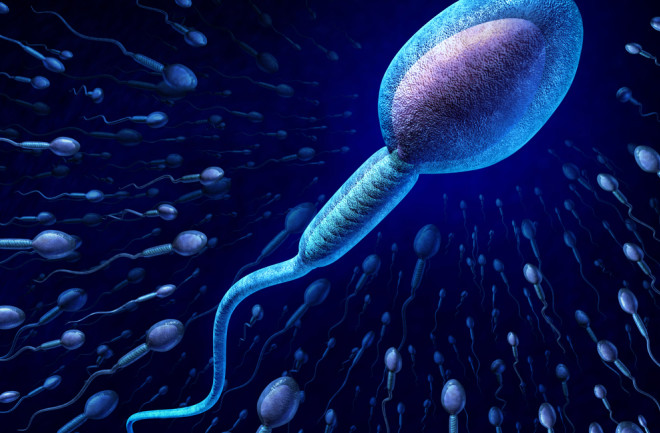 Building a motor small enough to move a single cell can be terribly tricky. That's why researchers in Germany have decided to instead hijack a natural mini-motor: the sperm.

Why sperm, you ask? As described in New Scientist:

Sperm cells are an attractive option because they are harmless to the human body, do not require an external power source, and can swim through viscous liquids.

But sperm don't inherently go where you want them to go. Thus the scientists used some clever nano-engineering to rein them in.

Scientists put bull sperm cells in a petri dish along with a couple dozen iron-titanium nanotubes. The tubes act like those woven fingertraps — sperm can swim into them but can't back themselves out. Using magnets, scientists can then steer the swimmers in the direction of their choosing. It's like a remote-control robot where the sperm start the engines and the researchers provide the navigation.

Sperm for Fertilization and Pharmaceuticals

The study was just a proof of concept, demonstrating that the swimmers could be steered in this way. But the technology could one day offer an alternative to in vitro fertilization (whereby sperm fertilize an egg in a petri dish).

Spermbots, in contrast, could potentially enable a doctor to direct the entire fertilization process inside the body (in vivo). And potential applications go beyond fertilization.

The paper, published in Advanced Materials, describes spermbots' potential future use for micromanipulation, like drilling itty bitty holes in tissues inside the body, or fixing cancer cells.

Another exciting possibility is targeted drug delivery. The nanotubes are made of a superfine membrane that could carry drugs to diseased parts of the body. The researchers say their bots are an improvement over other sperm-driven nanoparticle setups that have so far proven ineffective, or worse, toxic. Sperm: not just for baby-making anymore.

See the bots in action: