Researchers Seem to Have a Cure for the Dreaded Peanut Allergy 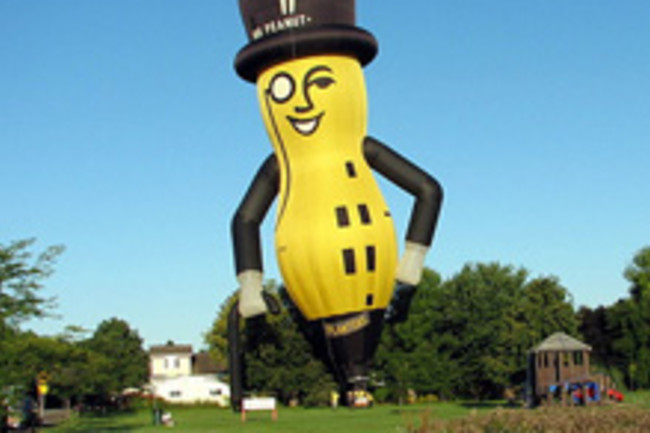 Peanut lovers everywhere may have reason to celebrate. Doctors in England believe they have cured the peanut allergy, at least on a temporary basis. Using the simple technique of desensitization, doctors at the Addenbrooke Hospital in Cambridge exposed four children to peanuts over six months, during which time they successfully built up a tolerance. The children were started on 5 milligrams (.02 percent of an ounce) of peanut flour daily and by the end of the trial were able to ingest 880 milligrams a day, the equivalent of 5 whole peanuts. The study, which has been published in Allergy, continues and now includes 20 children between the ages of seven and 17, some of whom are able to ingest 12 peanuts a day. They would be monitored for the next three or four years to assess their tolerance levels, [lead researcher Andrew] Clark said, adding that there was no reason why the clinical trial could not be extended to adults [AFP].

Consultant allergist Pamela Ewan said, “Until now there has been no treatment that has modified the disease. There has only been effective management of the problems” [Medical News Today]. The new research brings hope to the many people, adults as well as children, who suffer from peanut allergy, which most often triggers breathing problems but can also cause potentially fatal anaphylactic shock or cardiac arrest.

Effective management usually means simply avoiding contact with peanuts, which for the most severely allergic requires a level of care that can be daunting to constantly maintain. Trials in the 1990s attempted to build a similar tolerance using peanut injections, but were unsuccessful, and the concept of desensitising people to allergies has been successfully done with bee and wasp stings and pollen allergies, but this is the first time it has been achieved with a food-related allergy [BBC].

In the trial, the initial assessment showed the children were able to tolerate between 5 and 50 milligrams—equivalent of up to a quarter of a peanut—while the post-trial re-assessment demonstrated each child able to tolerate 10 or more peanuts. Clark said, “Unlike other childhood food allergies like cow’s milk, [the peanut allergy] rarely goes away. For all our participants, a reaction could lead to life-threatening anaphylactic shock…. It’s not a permanent cure, but as long as they go on taking a daily dose they should maintain their tolerance” [The Guardian].