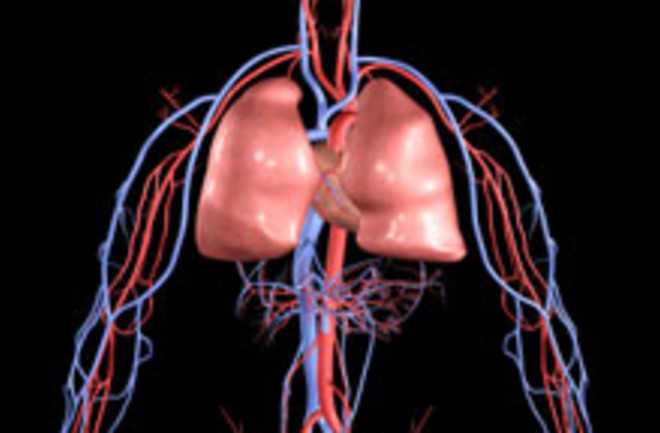 In an experiment that could have applications in treating heart disease and strokes, researchers have taken certain cells from the blood and used them to grow entire networks of blood vessels in mice. "What's really significant about our study is that we are using human cells that can be obtained from blood or bone marrow rather than removing and using fully developed blood vessels," said Harvard's Joyce Bischoff, who led the study.

In the study, published in the journal Circulation Research [subscription required], researchers did not use controversial stem cells that can grow into any kind of specialized cell; they used the "progenitor" cells found in blood and bone marrow that can grow into several different types of cells. The progenitor cells were implanted in mice, and

Researchers say the ability to grow extra blood vessels could be a boon for stroke or heart disease patients, whose blood vessels have been blocked or damaged. One ultimate goal is to replace some heart surgery with injections of laboratory-grown cells that would establish themselves in the body, providing a system of blood vessels for damaged hearts that need more oxygen, said [co-author] Juan M. Melero-Martin.... "[W]e can get cells from the patient ahead of time, grow them and inject them back into the patient" [HealthDay News].