Researchers Find the Genetic Fingerprint of Cancer, 1 Patient at a Time 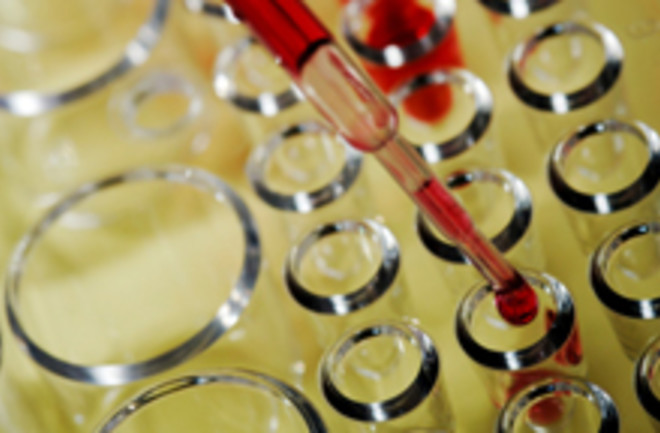 Doctors who are torn over how aggressively to treat a cancer patient, not knowing whether a tumor has fully regressed or is coming back, might someday be able to find out just by testing the patient's blood. In a study forthcoming his week in Science Translational Medicine, John Hopkins researchers say they have tested a way to spot the "fingerprint" of cancer--the changes to the DNA inside cells that make up cancerous tumors. Jeffery Schloss of the National Human Genome Research Institute, who wasn't involved in the study,

likened the approach to drawing a map. Sequencing the letters of the genetic code would be akin to plotting every house in a large neighborhood. The Hopkins team was looking only for neighborhoods—in particular, neighborhoods out of place compared with where they would be in normal tissue [Wall Street Journal]

. The researchers in the study looked at tissue from people with breast or bowel cancer, and found multiple DNA rearrangements in each of the samples of cancerous tissue. In each patient, the genetic changes in the cancerous cells amount to a unique marker of the patient's tumor, the researchers say.

Using blood samples from two of the colorectal cancer patients, they found the test was sensitive enough to detect this marker or "fingerprint" DNA that had been shed by tumours into the bloodstream [BBC News].

The study's approach could be invaluable for tracking the progress of a tumor.

When a cancer is operated on or treated with radio- or chemotherapy, the levels of the fingerprint should fall, and vanish altogether if the tumour has been eradicated [The Guardian]

. Indeed, in one of their patients, the study authors saw the cancer biomarker drop after surgery but then rise again, suggesting to them that the cancer wasn't fully eradicated. Because the technique requires sequencing a person's whole genome, it's not coming to a hospital near you in the immediate future, says study author Bert Vogelstein:

"This is really personalized medicine. This is not something off the shelf.... This is something that has to be designed for each individual patient" [Reuters]

. But with the cost of genome sequencing rapidly coming down in price, this kind of approach might not be too far away, and doctors could use it to catch a recurring cancer before it's large enough to be visible to other methods, like CT scans.