The scratch that could resolve the itch. 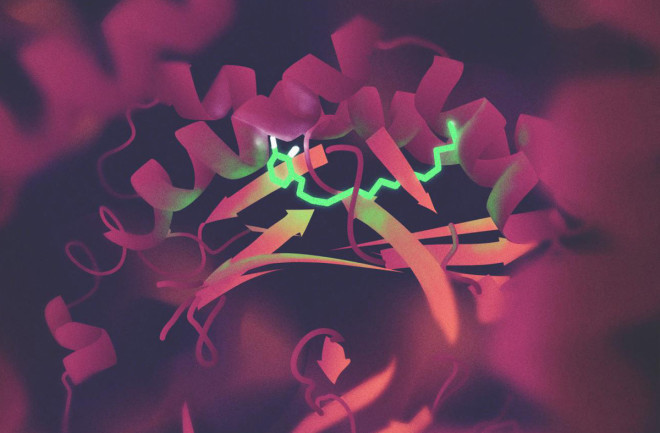 Urushiol (in green), the active ingredient in poison ivy, is entrapped by a CD1a molecule (shown in pink). | Imaging Coe

Good news for people susceptible to rashes from poison ivy, oak and sumac: Scientists have identified the specific molecule in the skin that plays a role in the inflammation, which could be the scratch that eventually resolves the itch.

For decades, researchers have suspected that when the immune system molecule CD1a comes in contact with the plants’ oily resin, called urushiol, it triggers inflammation. Researchers confirmed the connection this fall through tests on mice engineered to carry CD1a, according to Florian Winau, an immunologist at Harvard Medical School who was part of the study published in August in Nature Immunology.

Now that the molecule has been identified, Winau says his lab is working with a pharmaceutical company to develop an anti-CD1a antibody.

Besides treating inflammation spurred by plant contact, Winau says, the antibody might also one day treat psoriasis, which is triggered by interaction between CD1a and normal fatty acids in the skin.