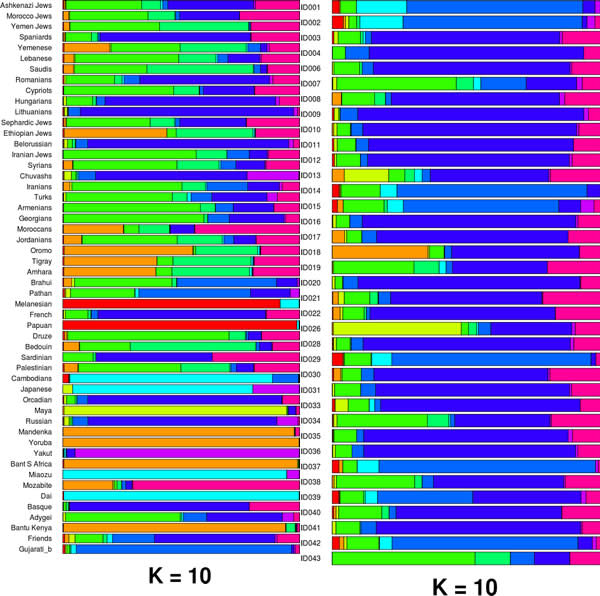 In the comments below Antonio pointed me to this working paper, What Do DNA Ancestry Tests Reveal About Americans’ Identity? Examining Public Opinion on Race and Genomics. I am perhaps being a bit dull but I can't figure where its latest version is found online (I stumbled upon what looks like another working paper version on one of the authors' websites). Here's the abstract:

Genomics research will soon have a deep impact on many aspects of our lives, but its political implications and associations remain undeveloped. Our broad goal in this research project is to analyze what Americans are learning about genomic science, and how they are responding to this new and

We pursue that goal here by focusing on one arena of the genomics revolution -- its relationship to racial and ethnic identity. Genomic ancestry testing may either blur racial boundaries by showing them to be indistinct or mixed, or reify racial boundaries by revealing ancestral homogeneity or pointing toward a particular geographic area or group as likely forebears. Some tests, or some contexts, may permit both outcomes. In parallel fashion, genomic information about race can emphasize its malleability and social constructedness or its possible biological bases. We posit that what information individuals choose to obtain, and how they respond to genomic information about racial ancestry will depend in part on their own racial or ethnic identity. We evaluate these hypotheses in three ways. The first is a public opinion survey including vignettes about hypothetical individuals who received contrasting DNA test results. Second is an automated content analysis of about 5,500 newspaper articles that focused on race-related genomics research. Finally, we perform a finer-grained, hand-coded, content analysis of about 700 articles profiling people who took DNA ancestry tests. Three major findings parallel the three empirical analyses. First, most respondents find the results of DNA ancestry tests persuasive, but blacks and whites have very different emotional responses and effects on their racial identity. Asians and Hispanics range between those two poles, while multiracials show a distinct pattern of reaction. Second, newspaper articles do more to teach the American reading public that race has a genetic component than that race is a purely social construction. Third, African Americans are disproportionately likely to react with displeasure to tests that imply a blurring of racial classifications. The paper concludes with a discussion, outline of next steps, and observations about the significance of genomics for political science and politics.

As with the paper I pointed to yesterday it's a little dated. We've come really far since mid-2010! At the top of this post are some ADMIXTURE plots I generated in ~2 hours yesterday. You have K = 10, with ~250,000 markers. On the left are the results for various populations, and on the right are results for individuals who I'm running for their own interest. The identification numbers are small, but you can make some of them out. The first two are ID001 and ID002, my father and mother respectively. I'm going to break the seal of privacy and tell you that regular reader Paul Conroy is ID010. He looks to be...Irish. There are plenty of other regular readers and friends, family, and Latin American significant others of regular readers on that bar plot. You can "out" yourself if you want on this thread. I will tell you that ID042 is an anonymous Tamil Brahmin, while ID043 is Paul G., an ethnic Assyrian from Iran. ID034 is the anonymous Ashkenazi Jew whose genotype I posted earlier. Survey results are fine and good, but the public reception and interpretation of genomics is being created anew right now. I spend some time on the best way to gain some insights from ADMIXTURE and PCA because I don't want to confuse people myself. Most of the reactions have been pretty banal. It turns out that Latin Americans under the presumption that they are "pure Spanish" are not always "pure Spanish." White Americans yearning for Native American ancestry often have their hopes dashed. White Americans who dismissed the family history of a part-Native American grandparent due to the romanticism about aboriginal blood which they perceived around them, turn out to be part-Native American. People do have confusions that need to be cleared up, but it isn't like academics are going to give them that much insight. I know that the above is a working paper, but here's a sentence that crept into that text: "...Hispanics are mestizo more or less by definition...." No, Hispanics are very specifically constructed as a race-neutral term in the USA. Obviously many Hispanics from the Caribbean also don't self-identify as mestizo. Honestly, do the authors know any Hispanics? So what has your experience been with scientific genealogy? I've already talked about my own personal journey at length. I think that race as a concept does have biological utility, but the biggest question mark which I move forward with is how oral history can diverge so rapidly from what our genomes tell us. In particular, the tendency to anchor on slices of privileged ancestry. Looking at it every which way I have confirmed to my satisfaction that my mother does have a small, but detectable, amount of Middle Eastern ancestry from her maternal grandfather as the oral histories and textual records tell us. But this dwarfed by a component she shares with my father which ties them to eastern Asia. But neither are aware of any such connection. These are ancestors forgotten, and makes me reflect on how recollection of memes is not always a remembrance of genes. This may not be as sexy an issue as reification of race through personal genomics, but to some extent that issue is so 20th century. Hundreds of thousands are people are just marching ahead into the future, no matter how "fraught" the results generated by obscure algorithms may seem.