Receipts May Expose Us to High Levels of BPA 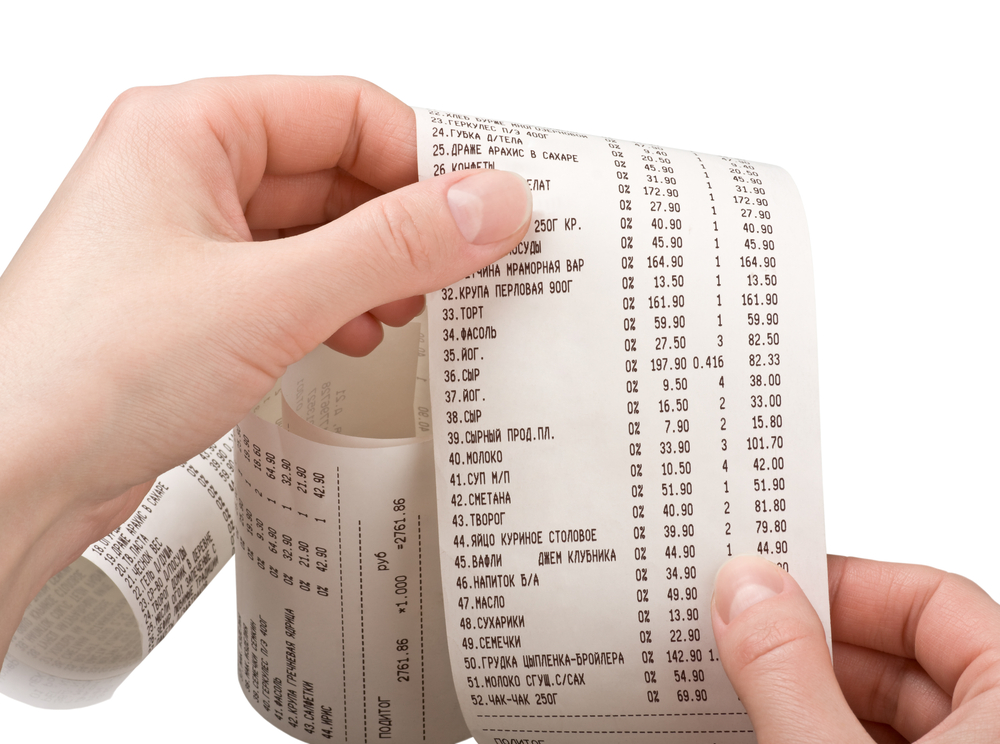 You probably know bisphenol A (BPA) as the controversial chemical in hard plastic food and drink containers, such as baby bottles and Nalgene water bottles. In recent years many companies have voluntarily eliminated BPA from their plastics due to research that shows that it can damage women’s fertility and possibly pose a threat to young children. But another source of BPA is less well known: cash register receipts. And a new study reports that when people handle BPA-coated receipts after sanitizing their hands, they get a rapid spike of BPA in their bloodstream. While BPA is commonly found at low levels in peoples’ blood, researchers are concerned that elevated levels may lead to dangerous hormonal and neurological disruptions.

Thermal receipt paper, the kind that turns dark when scratched, is often coated with BPA as a developer. A team led by Annette Hormann from University of Missouri set out to measure how much BPA moves from this receipt paper to a person’s hand. Previous studies have looked just at dry hands handling receipts, but Hormann knew that certain hand sanitizers and other skin-care products include so-called “dermal penetration enhancers” – chemicals that help the liquids get into your skin. With this in mind, the researchers had ten volunteers each coat his or her hands with hand sanitizer, then handle unused receipt paper for 4 minutes. Then the subjects ate a basket of French fries – a scenario that could play out, for instance, after someone grabs their food at a fast food counter. An hour and a half later, researchers took a blood and urine sample to compare to subjects’ baseline BPA levels. They found that blood levels in some people had elevated more than ten times what they originally were. And they found total BPA in urine clocked in at 20 µg BPA/g creatinine – a level that has been associated with a significant increase in the likelihood of developing cardiovascular disease and type 2 diabetes in previous studies. The researchers also found that a full 4 minutes of contact with the receipt paper wasn’t needed. Just 45 seconds of contact, after using hand sanitizer, resulted in the same amount of BPA being transferred to people’s skin. A final experiment analyzed the levels of BPA in the blood of people who touched receipt paper with dry (i.e., un-sanitized) hands. Dry-handed volunteers got only about one percent as much BPA on their hands as the wet-handed volunteers did – meaning that recent use of hand sanitizer definitely increases the levels of BPA that can enter a person’s body from receipt paper. The results appeared last week in PLOS ONE. Contamination Concerns The findings are concerning, says Laura Vandenberg, assistant professor of environmental health sciences at the University of Massachusetts, Amherst, who was not involved with the study. “In a fast food setting, I’ve seen sandwiches being placed directly on top of receipts, people putting the receipts in their mouths when they have a lot of items to carry, and people using receipts as napkins to wipe their mouths,” she says. “This should remind us that actual users don't always handle materials the way we think they do.” The team behind the current study say that it provides support for the EPA’s 2014 recommendation that thermal paper should be replaced with safer technologies. In the meantime, the nonprofit Environmental Working Group offers tips to minimize your exposure to BPA via receipts, including washing your hands after handling a receipt and before touching food.