Real life interaction is a feature, not a bug

The prince of neurobloggers Jonah Lehrer has a good if curious column up at the Wall Street Journal, Social Networks Can't Replace Socializing. He concludes:

This doesn't mean that we should stop socializing on the web. But it does suggest that we reconsider the purpose of our online networks. For too long, we've imagined technology as a potential substitute for our analog life, as if the phone or Google+ might let us avoid the hassle of getting together in person. But that won't happen anytime soon: There is simply too much value in face-to-face contact, in all the body language and implicit information that doesn't translate to the Internet. (As Mr. Glaeser notes, "Millions of years of evolution have made us into machines for learning from the people next to us.") Perhaps that's why Google+ traffic is already declining and the number of American Facebook users has contracted in recent months. These limitations suggest that the winner of the social network wars won't be the network that feels the most realistic. Instead of being a substitute for old-fashioned socializing, this network will focus on becoming a better supplement, amplifying the advantages of talking in person. For years now, we've been searching for a technological cure for the inefficiencies of offline interaction. It would be so convenient, after all, if we didn't have to travel to conferences or commute to the office or meet up with friends. But those inefficiencies are necessary. We can't fix them because they aren't broken.

First, let me offer up that if I had to pick between my twitter, Facebook, or Google+, I'd pick the last. At this point twitter is better in my opinion at allowing me to "sample" from the stream of news/links than Google+, where people tend to be more verbose. In contrast if I want to see how cute the babies of my college friends are getting to be, Facebook all the way. But the conversations on Google+ are much better when it comes to people I may interact with today, rather than the past. Facebook keeps me up to date on my past, and twitter tells me what the wider world is concerned with, but Google+ is the best complement to my present social life (which, to be fair, is not typical because of my quasi-public existence). All that being said, some of you might wonder why Jonah even would be allowed to write such a banal column. Doesn't everyone know that social networking technologies are not going to change our need for physical contact? No, everyone doesn't know. There are pundits who are asserting the revolutionary transformative nature of the social web. As Jonah observes this has come and gone many a time. Remember Second Life? 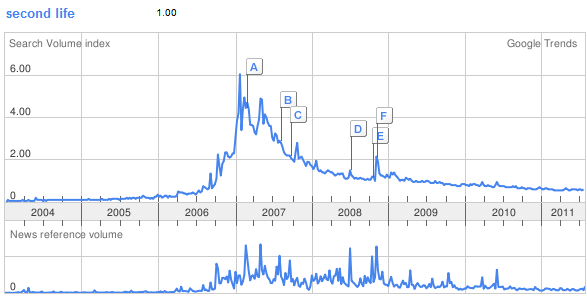 I do have friends in real life who contend that Facebook and company many actually allow us to shatter Dunbar's number. I am skeptical. The reason is that our cognitive natures are not universally plastic. We've got great general domain intelligence in comparison to other species. Even though it is slow and laborious in comparison to our innate cognitive toolkit, it is incredibly flexible and extensible. Technologies which amplify the power of domain general intelligence are game changers. Writing and digital computers are examples of such extenders. The decline of the art of memory and slide rule illustrates the power of this sort of technology to be progressive. What was indispensable in the past is quickly forgotten, and shown to be the utility it always was (I suspect many of you don't know what a slide rule is, despite its ubiquity two generations ago!). In this there is a resemblance toward science. In contrast, consider something like sexual technology. The verisimilitude of visual pornography is incredible (in fact, sometimes too good insofar as make-up artists on porn sets are having a harder and harder time covering up blemishes and imperfections). There is an enormous industry of sex toys, and sex dolls are getting better and better. Obviously there's a huge demand for such products and services. But will these ever possibly replace real sex? Imagine a near future sex doll with artificially generated body temperatures and synthesized human skin. Even without this some people are claiming that porn is substituting for real sexual relationships.

Such a substitution will not happen in the near future.

That's because our pleasure, our utility, of experience derives not just from its pure sensory input, but also our model of its essential nature. We have not only beliefs, but also aliefs. The knowledge that you're having sex with a human being counts for something in and of itself. The knowledge that you own the original painting counts for something. The knowledge that a book was once owned by someone famous counts for something. We have deeply ingrained preferences which are not simply dependent on the substance or style of something. There are part of a broader constellation of our understanding of the world. Jonah correctly points out that communication via social technologies don't transmit a lot of implicit and subtle cues which you can obtain through sensory input face to face. That's a matter of substance. But ultimately people will put a premium on face to face interaction even when teleconferencing technology becomes much better at transmitting sensory information. That's because humans are social beings, and to a great extend socialization in the proximate sense (as opposed to evolutionary) is not a means, but an ends. We enjoy spending time with flesh and blood humans beings. The only way this will change is through a deep re-write of low level cognitive code. Addendum: The above generalizations are relevant for most, but not all, human beings.