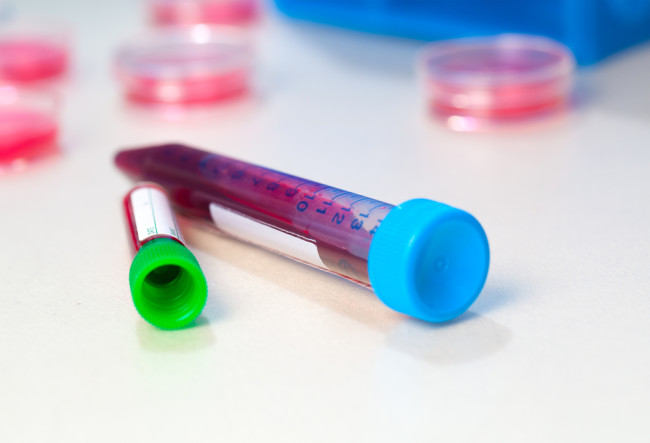 A baby born with HIV in Mississippi three years ago made headlines last year when she was “functionally cured” of the virus, after receiving treatment immediately after birth. Now, the Mississippi baby has company. At an AIDS conference in Boston, doctors announced Wednesday that a second baby, now 9 months old, from Long Beach, Calif., was cleared of HIV after receiving the same aggressive form of treatment just four hours after birth. The most recent announcement helps allay the initial skepticism that surrounded the Mississippi baby’s success story. In fact, the New York Times

reports, there may be eight more similar cases in Canada and South Africa.

When the Long Beach baby was born, doctors immediately took blood tests to screen for HIV and administered high doses of AZT, 3TC and nevirapine — the typical treatment for an HIV infection. The little girl’s mother was mentally ill and had advanced AIDS, which wasn't being controlled by antiretrovirals. Doctors usually administer lower doses of two drugs in a newborn, and usually wait to perform more aggressive treatment until they are certain a baby is infected. Even then, they may not give such a large dose within the first weeks of a baby's life.  Doctors weighed the risk of toxicity of the drugs against the need to prevent transmission of the virus from mother to baby. The doctors' decision appears to have paid off. After eleven days, the virus was still undetectable in the baby's blood and remains undetectable today. The 9-month-old is still on antiretroviral medication, but doctors say they may take her off medication at the age of two years. It’s important to note that the baby isn’t “cured," as explained in the New York Times

It is incorrect to describe the baby as “cured” or even as “in remission” because she is still on the drugs, Dr. Persaud said. But because the most sensitive blood tests can find no virus capable of replicating, she describes the baby as “having sero-reverted to H.I.V.-negative.”

The momentum created from these recent successes has opened the door for a clinical trial to treat 50 babies who will be born over the next three months. The number of babies born with HIV in the U.S. is relatively small, so doctors and patients in South Africa and Brazil will be included in the trial.  Even if the clinical trial appears successful early on, doctors will still need several years of follow-ups to know whether the treatment is a long-term cure. However, it’s an encouraging sign for the more than 1,000 babies born each day with HIV around the world.