This worrisome strain of influenza has the potential to reach pandemic proportions, but luckily it's not there yet. 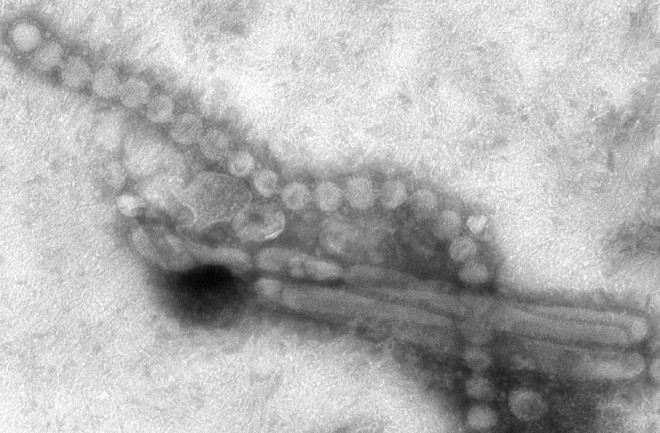 It began somewhere in Mongolia, or the Korean peninsula. Researchers aren’t certain. A migratory waterfowl carrying multiple influenza strains nudged another bird, one with a different cocktail of influenza, and the viruses swapped pieces of genetic code in a process called reassortment.

In that moment, a new and particularly worrisome influenza strain, H7N9, was born.

Researchers aren’t sure when the reassortment occurred, or when exactly H7N9 hit the poultry markets of eastern China, but by February it had leaped into humans. By October, the World Health Organization had documented 137 cases of H7N9 in China and Taiwan, with 45 deaths.

Influenza strains often mutate and reassort — it’s why creating the annual flu shot is a tricky process of guessing, months ahead, what viruses we’ll actually face. But H7N9 is special, with a combination of proteins that worries epidemiologists. Stealthy H7 strains typically cause conjunctivitis, or pinkeye. Those infected often don’t even know they have influenza. But N9s are novel to humans. No previous exposure means no chance to build immunity. A novel virus can sweep through populations with devastating mortality.

There is also evidence that H7N9 quickly acquires resistance to current antiviral therapies. If a large outbreak occurred, health professionals would have few options to treat the infected.

But H7N9 is not currently highly transmissible among humans, a necessity for pandemic. The majority of documented cases resulted from direct contact with infected poultry. In September, researchers at multiple U.S. sites began human trials of a potential H7N9 vaccine. In October, another team found a common food additive shut down H7N9 in early lab tests.

Also in October, however, the first two H7N9 cases of the 2013-14 flu season were confirmed in China.

[This article originally appeared in print as "Race Against H7N9."]