In America, perhaps one to three people will die of the infection every year, and yet anywhere from 40,000 to 50,000 people will receive post-exposure vaccination to avoid the dreadful possibility of fatal infection with rabies.

Today is the tenth anniversary of World Rabies Day, an opportunity for building awareness through education about this strange and intriguing virus. Every year, an estimated 55,000 people die from the infection, with children in Asia and Africa being most at risk. Dogs are the typical culprits - contrary to popular perception that it is often the fault of wild animals - and cause 95% of all human rabies deaths worldwide. 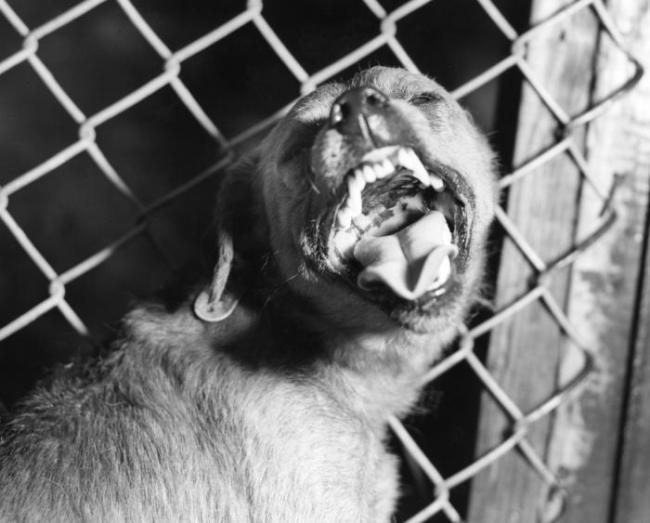 Much of the difficulty in preventing lethal rabies infection lies with promptly identifying that a person has become exposed. This year, the CDC published a case report of the one instance of fatal human rabies in the United States last year that illustrates the inherent complexity of diagnosing rabies.

In September of 2015, a Wyoming woman with dementia presented to the hospital with a five-day course of worsening weakness and difficulty walking, speaking, and eating. She soon developed respiratory problems and became increasingly lethargic. A week into her hospitalization, her family was able to recall that a month prior the woman had awoken one night to find a bat resting on her neck and that she had apparently swatted this unwelcome visitor away. By the time that this news had reached her perplexed physicians, her condition had deteriorated and the disease continued to irreversibly progress. She soon developed quadriplegia and became completely unresponsive before dying She is the first resident of Wyoming with a confirmed rabies infection since 1911 when the state first began documenting certain reportable diseases.

The timeline of events for a Wyoming woman with fatal rabies infection. Image: CDC. Click for source.

This case makes plain the difficulties with diagnosing a rabies infection. The disease itself is a non-specific and rapidly progressive neurological illness that can mimic several other diseases. Many patients are too ill to recount in detail their past exposures to animals and bites. Without a timely recognition of a bite from an infected animal and immediate post-exposure vaccination, the disease is often fatal.

In the spirit of awareness, please check out the WHO’s page on rabies to find out more about this strange virus and the efforts to ensure its eradication. And if you've sustained an animal bite, be sure to seek medical attention and visit the CDC's website to see what your next steps should be to protect yourself.

The Bestial Virus: The Infectious Origins of Werewolves, Zombies & Vampires, "rabies is one of the world’s most interesting zoonotic diseases, the one that 'has always shaded into something more supernatural: into bestial metamorphoses, into monstrous hybridities.'"

"Over 287,000 dogs were imported into the USA in 2006 and an estimated 70,600 or 25% of them were unvaccinated." Read more on the risks of importing dogs from abroad for the purposes of animal rescue at Canine Rabies Imported into America.