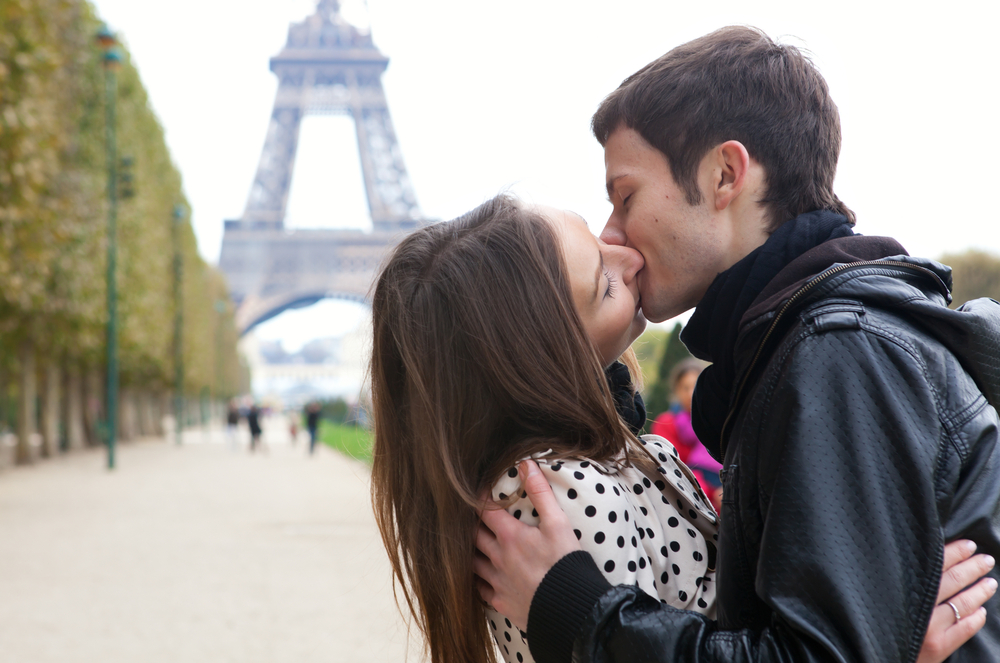 When you lock lips with that special person, you’re not only sharing your bubbling passions, but also your unique blend of oral bacteria. In a study that’s sure to stoke the flames of love, scientists discovered that lovebirds exchange some 80 million bacteria after swapping spit for 10 seconds. That sounds like a cavity waiting to happen. But don't worry: Scientists also found that it takes a lot of kisses to significantly change your mouth’s unique collection of microbes.

Let’s Get it On

It’s been estimated that over 700 difference species of microbes eat and poop on your teeth, cheeks and gums. Fully aware of your mouth’s thriving civilization, researchers were curious just how many microbial nomads migrate to your partner’s mouth during a make-out session. They took tongue and saliva samples from 21 different couples, including one female and one male couple. First, they tested to see how similar a couple’s mouth microbiomes were to each other. Then, they attempted to determine how much bacteria was exchanged during a French kiss. One person in each couple drank a probiotic yogurt drink containing a mix of common yogurt bacteria such as Streptococcus thermophilus. Then, the couples kissed for 10 seconds, and researchers took saliva and tongue samples from the receiver, or the person in each couple that didn’t swallow the drink. When they analyzed the samples for signs of the tracer bacteria in the receiver’s mouth, researchers discovered that roughly 80 million bacteria from the yogurt drink migrated from one person’s mouth into their partner’s. The published their findings Monday in the journal Microbiome.

Researchers also tested historical smooch data, asking each person to report how often they French kissed their partner in the past year. They found that couples who kissed at least nine times per day had more similar saliva microbes than those who kissed more sparingly. But because saliva is constantly regenerated, those changes are temporary. Therefore, you need to kiss often to maintain a saliva microbiome similar to your partner's.  So perhaps it’s time to do away with the stoking “flames” of love. If you really want to know if your relationship is filled with passion, just check each other’s mouth bacteria to see if there’s a match.