Psychologists can give you false memories of having committed a crime. 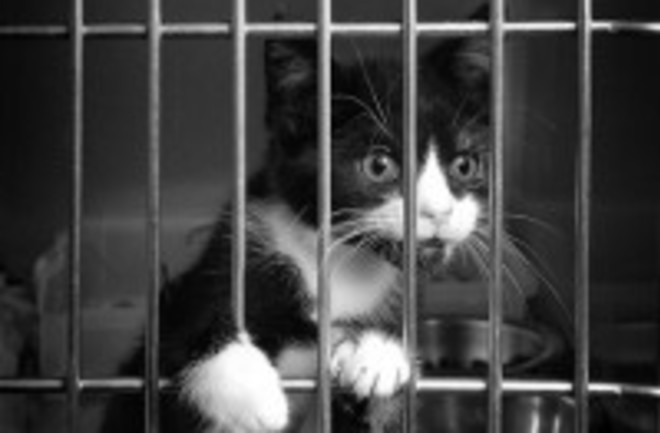 Photo: flickr/phphoto2010You've probably heard of "false confessions," when pressure from the police and long interrogations can make someone confess to a crime they didn't actually commit. According to this study, it's actually not that difficult to give someone a false memory of a serious crime. Here, researchers tried to make undergraduate volunteers believe they had committed a crime when they were younger by conducting interviews in which the researchers used "suggestive memory-retrieval techniques." They tried, for example, using false evidence ("According to your parents, you did this..."), applying social pressure (“Most people are able to retrieve lost memories if they try hard enough”), and using guided imagery to try to get the person to fill in the details of the crime. The scientists found that after several interviews, 70% of participants believed they had committed a crime (theft, assault, or assault with a weapon) in early adolescence, and they were able to give a detailed false account of this event. Be sure to check out the excerpt below for a list of other false memories that researchers have been able to implant. (Tea with Prince Charles, anyone?)Constructing Rich False Memories of Committing Crime "Memory researchers long have speculated that certain tactics may lead people to recall crimes that never occurred, and thus could potentially lead to false confessions. This is the first study to provide evidence suggesting that full episodic false memories of committing crime can be generated in a controlled experimental setting. With suggestive memory-retrieval techniques, participants were induced to generate criminal and noncriminal emotional false memories, and we compared these false memories with true memories of emotional events. After three interviews, 70% of participants were classified as having false memories of committing a crime (theft, assault, or assault with a weapon) that led to police contact in early adolescence and volunteered a detailed false account. These reported false memories of crime were similar to false memories of noncriminal events and to true memory accounts, having the same kinds of complex descriptive and multisensory components. It appears that in the context of a highly suggestive interview, people can quite readily generate rich false memories of committing crime." Bonus excerpt from the main text: "Researchers have been able to induce participants to generate various types of false autobiographical accounts, including accounts of getting lost in a shopping mall (Loftus, 1997), being involved in an accident at a family wedding (Hyman, Husband, & Billings, 1995), having tea with Prince Charles (Strange, Sutherland, & Garry, 2006), being attacked by a vicious animal (Porter, Yuille, & Lehman, 1999), and cheating on a recent test (Russano, Meissner, Narchet, & Kassin, 2005). These memories may feel “real” because rememberers can generate event details that were never mentioned by the interviewer. The mind seems to be able to construct information from internal and external sources to generate a coherent but false picture of what occurred (e.g., Frenda et al., 2011). These plausible confabulations are likely constructed from real autobiographical memory fragments but are configured in ways that depict events that did not occur (Conway, 2002). They are known as honest lies (Moscovitch, 1989), pseudomemories (Lindsay, Hagen, Read, Wade, & Garry, 2004), phantom recollective experiences (Brainerd & Reyna, 2002), or autobiographical false memories (Loftus, 1997)." Related content: NCBI ROFL: How watching internet porn can affect your memory.NCBI ROFL: Absolut memory distortions: alcohol placebos influence the misinformation effect.NCBI ROFL: Knock knock! Who's there? Some random statement that you won't remember.