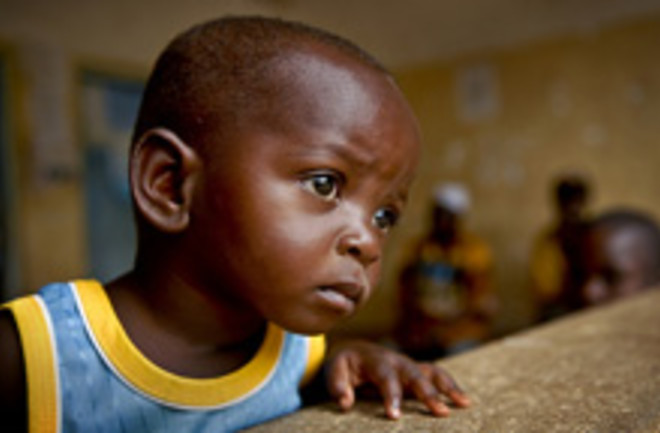 The U.S. Food and Drug Administration has approved human trials of a new malaria vaccine: it is made from a weakened form of the entire malaria-causing parasite, Plasmodium falciparum, extracted from irradiated mosquito spit. Sanaria, the company producing the vaccine, has been working with a particular stage of the P. falciparum parasite called a sporozoite. This is the stage when it leaves the mosquito's salivary glands to enter the human bloodstream [Reuters]. To produce the vaccine, Sanaria weakens the parasite by feeding human, infected blood to mosquitoes, then [exposes] the mosquitoes to enough irradiation to cripple the parasite [New Scientist]. The mosquitoes are then killed and their saliva is extracted by hand, with each of six laboratory workers averaging a rate of 100 mosquitoes per hour. With every mosquito containing about two doses in its spit, Sanaria founder Stephen Hoffman estimates that about 1,200 doses are produced per hour. The vaccine uses a model similar to others that prevent diseases like measles and polio, in which weakened bacteria is injected, creating an immune response without causing illness. In the Sanaria vaccine, the body recognizes the malaria parasite as a foreign material [CNN], but it does not pose a threat of disease because the mosquito was irradiated. The theory is that by exposing the body to something that looks exactly like the dangerous parasite but is actually harmless, the body's immune system will develop much stronger resistance than if it encounters vaccines based only on tiny elements of the parasite. In earlier trials of the spit vaccine, before the manufacturing process was perfected, recipients received virtually full protection against malaria for at least 42 months [New Scientist]. That's an improvement on another vaccine being tested by GlaxoSmithKline, which was based on a fragment of the parasite; that vaccine has been shown to reduce infections in children by about 50 percent. Starting in May, the vaccine will be tested on volunteers in Maryland. They will receive the vaccine and will then sit in booths filled with malaria-infected mosquitoes until they're bitten and infected. Researchers believe the vaccine will protect the volunteers, but if any do come down with malaria researchers say they can be treated easily and safely. If these trials are successful, researchers will initiate trials on adults in Africa, and then children [CNN]. Related Content: 80beats: Experimental Malaria Vaccine Could Start Saving Lives by 2011 80beats: Researchers Decode the Genomes of Two Malaria Parasites