Plague Is Still Alive and Well 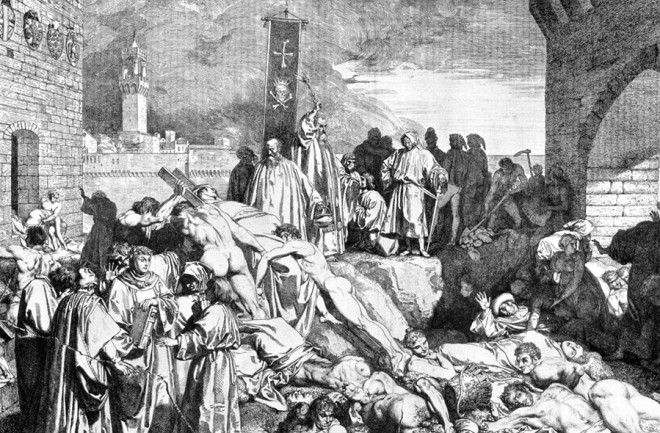 In 2007, a wildlife biologist working for the National Park Service at the Grand Canyon discovered one of the collared mountain lions he had been tracking. The animal was dead. Concerned, he removed the lion’s body, took it home and performed a post-mortem examination. Within a week, he was dead, too. The cause of death for both: Yersinia pestis, commonly known as plague.

The deaths, along with dozens of cases since, are a vivid reminder that the disease is alive and well. Y. pestis is a bacterium that lives in the bellies of fleas, which live on rodents, some of which, like rats, live near humans.

Scholars estimate that plague killed up to half the European population during the Middle Ages, and for most the death was a painful, slow end. Although it has been an Old World menace for millennia, the disease hitchhiked to our shores on trade ships from Asia only in 1900. It caused a few rounds of epidemic before receding in 1925 to rural rodent populations, where it occasionally causes small-scale outbreaks. Last year, the Centers for Disease Control and Prevention reported 16 plague infections in the U.S., mostly in western states. Four of them were fatal.

In a modern outbreak of plague, antibiotics and other medical advances help us fare better, but it remains a particularly nasty disease. Yet Arizona State University historian and author Monica Green says it’s only been in the past decade that genome analysis has given the bacteria an evolutionary history of plague, allowing us to link modern studies to past experiences. Before these discoveries, she says, “I wouldn’t even teach a class on [it], because we didn’t know what it was.”

Beginning in the mid-14th century with the Black Death and continuing with successive waves, the deadly pestilence sucker-punched Europe’s population for 300 years, killing hundreds of millions of people in all — between one-third and one-half of the populace. No one knew what caused it. People had no knowledge of bacteria, so the panicky populace instead clung to specious theories about plague’s cause: bad smells, dank air, an imbalance of body humors, even God’s wrath.

Contemporaries called it “The Great Mortality.” Bubonic plague in particular was recognizable by the horrifying appearance of buboes, blackened swellings in the victim’s groin and armpits. In its pneumonic form, the variation that killed the Grand Canyon mountain lion and ill-fated biologist, the infection goes straight to the victim’s lungs, dealing death within a day of the first appearance of fever and bloody sputum. A victim could be healthy at breakfast, dead before sundown.

Maritime trade routes had spread plague around the world by the 19th century. At that point, new microscopy technology and the germ theory of disease had revolutionized medicine. Researchers could now see the culprits and distinguish between similar diseases such as anthrax, cholera and, yes, bubonic plague, which was isolated in 1894 and named Yersinia pestis in honor of Swiss microbiologist Alexandre Yersin. These diseases still posed a major threat, but now doctors could study them and develop science-based responses: Many cities in the U.S. and Europe established public health boards, improved sanitation and instituted quarantines at the first sign of disease spread.

Finally, with the widespread use of penicillin in the 1940s, doctors had an effective way to treat the disease, and interest in the plague became more academic.

By the 1970s, “plague deniers,” a vocal faction within the scholarly community, contended that the Black Death had been a dramatically more virulent infection than the modern-day bubonic plague. These individuals argued that a different organism, perhaps anthrax or typhus, originally caused the Black Death. “With nothing but written documents,” Green says, “they were speculating about something they would never find evidence of. It could have been anything. We just didn’t know.”

The bacteria often travel in the bellies of fleas. Robert Hooke/Micrographia/National Library of Medicine

Finally, in 1998, a landmark study demonstrated that microorganisms could be — and usually are — preserved in the pulp of teeth after people die. This opened up new avenues of exploration in the burgeoning fields of paleogenetics and aDNA (ancient DNA) analysis. By 2011, geneticists, working with samples harvested by bioarchaeologists from a known plague cemetery in London, had fully sequenced the genome of 14th century Y. pestis. When they compared the ancient plague genome with that of modern plague and placed it on the family tree, “Boom!” says Green. “It was directly related to the strain we see in the world today; we do not have reason to believe it was significantly more virulent. This was a game changer.”

The Role of Climate

Since then, we’ve learned even more about plague’s past — and its possible future. In a 2015 paper in the journal PNAS, Boris Schmid of the University of Oslo proposed a climate-based explanation for the cyclical epidemics that characterized the disease’s presence in Europe.

Schmid’s team analyzed tree rings and growth patterns from a variety of juniper in the Karakorum Mountains of Y. pestis’ native western Central Asia. Because the trees can live to be 1,000 years old, Schmid could study samples from individual trees alive during the Black Death.

Statistical analysis revealed a pattern: Each documented introduction of plague in Europe was preceded by a significant climate event in Asia, such as a sudden shift in the annual monsoon pattern in the mid-14th century, which pushed the northern border of activity from China to Siberia. In every case, the Asian climate event preceded a major plague outbreak in Europe by almost exactly 15 years. The pattern held for plague reintroductions via both land routes and maritime trade networks.

The team reasons that large-scale climate fluctuations in Asia caused rodent colonies to collapse. Desperate fleas sought new hosts, jumping aboard passing animals, and plague got a free ride across the continent. It was a cycle that often repeated itself. Schmid’s team pinpointed three major pulses of plague introductions in Europe, coinciding with the continent’s three centuries of Black Death.

Climate shifts created the right conditions for the westward advance of plague, but it was humans who likely gave it the highways to travel. At that time, the extensive trade network known as the Silk Road ran throughout Eurasia. The trade routes were dotted with caravanserai, mass encampments where travelers could eat, lodge, buy supplies and refresh their camels, a favorite host of the fleas that carry Y. pestis.

“Camels appear to get less sick from plague than humans, and thus might last longer before they succumb,” Schmid says. An infected camel could carry fleas far along the route before dying. The caravanserai were likely critical in plague dispersal.

While the disease remains a modest threat in rural, undeveloped areas, Green warns that our current stable relationship with plague in the developed world is only as good as our control of urban rodent populations. Even then, outside of our cities, the occasional unfortunate brush with Y. pestis will occur, as the fate of the Park Service biologist reminds us.

Human populations are more mobile than ever, and our travel patterns combined with unchecked climate change only exacerbate the risk of outbreaks. If global warming disrupts the status quo, we may again see Y. pestis take deadly advantage of highly trafficked areas to wreak havoc on our population. “We will never be able to fully let our guard down,” Green says.

[This article originally appeared in print as "A Profile of Plague."]