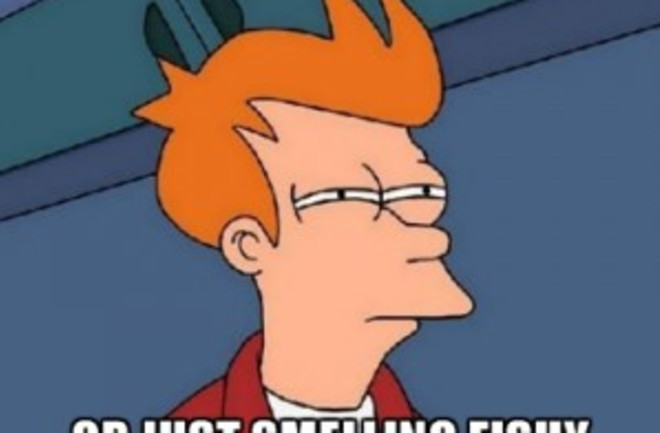 According to this study, it's no mere coincidence that we call suspicious circumstances "fishy". Because the association between smell and suspicion is common to many languages, these scientists tested whether stinky smells help people identify stories that don't make sense using a test called the "Moses Illusion". Sure enough, smelling fish did make people more suspicious, and it also seemed to help people figure out when their initial hunch was wrong. So, the next time you are interviewing a crime suspect, be sure to bring along your handy-dandy dead fish!

Something smells fishy: Olfactory suspicion cues improve performance on the Moses illusion and Wason rule discovery task. "Feelings of suspicion alert people not to take information at face value. In many languages, suspicion is metaphorically associated with smell; in English, this smell is “fishy”. We tested whether incidental exposure to fishy smells influences information processing. In Study 1, participants exposed to incidental fishy smells (vs. no odor) while answering questions were more likely to detect a semantic distortion (the “Moses illusion”), but not more likely to falsely identify an undistorted question as misleading. In Study 2, participants exposed to fishy smells (vs. no odor) were more likely to engage in negative hypothesis testing (falsifying their own initial hunch), resulting in better performance on the Wason rule discovery task. These findings show that incidental olfactory suspicion cues can affect performance on social as well as nonsocial reasoning tasks." Related content: NCBI ROFL: A foot needs a nipple like a fish needs a bicycle. NCBI ROFL: Intense dead fish smell proven no excuse for not working.Clever canines catch colon cancer cues contained in crap.