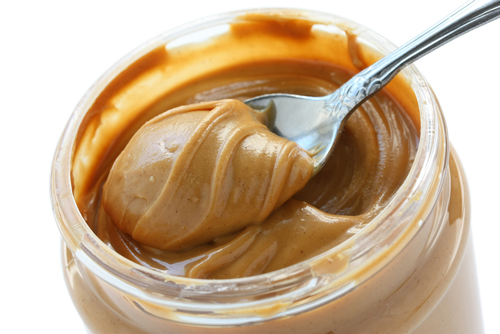 Peanut butter. It's a regular staple of sandwiches, mouse traps, and the occasional practical joke. But now researchers have another, more serious use for the sticky stuff: detecting early signs of Alzheimer's disease. Alzheimer's affects the front of the brain's temporal lobe---the portion responsible for short-term memory and sense of smell, among other things. Forgetfulness is extremely difficult to measure or track because it is a slow, downward spiral and can easily be chalked up to other causes like aging. But smell is a little more straightforward, which inspired researchers to give a novel nose-based diagnostic test a try.

Armed with a dollop of peanut butter and a wooden 12-inch ruler, researchers measured the distance between a peanut butter sample and the noses of patients (who were closing their eyes and plugging one nostril at a time). Researchers inched the spread closer to patients' noses, little by little, until they could detect the nutty aroma, at which point the distance was recorded. As Huffington Post explained,

At the time of the clinical tests, researchers were unaware of whether subjects had been diagnosed with Alzheimer's -- the most common form of dementia -- or with another type of mental deterioration. However, once they compared the metric measurements with subjects' levels of cognitive impairment, the results were striking.

Not only did the simple peanut butter test show a dramatic decline in sniffing abilities, but it singled out Alzheimer's patients surprisingly well. As reported in the Daily Mail,

Other dementia sufferers, meanwhile, could smell the peanut butter equally well out of both nostrils. While the peanut butter test is a good tool for confirming a diagnosis, it, by itself, is certainly not enough for doctors to go on. But the study, published in the latest issue of the Journal of Neurological Sciences, does show that olfaction may be a promising avenue for future diagnostic tests for Alzheimer's. With a built-in post-test snack.

MindEsketamine, A New Antidepressant, Could Be A Game Changer

MindCan We Eliminate Depression? A Massive New Project Aims To Do Just That