Paralyzed Patients Communicate Via Their Pupils 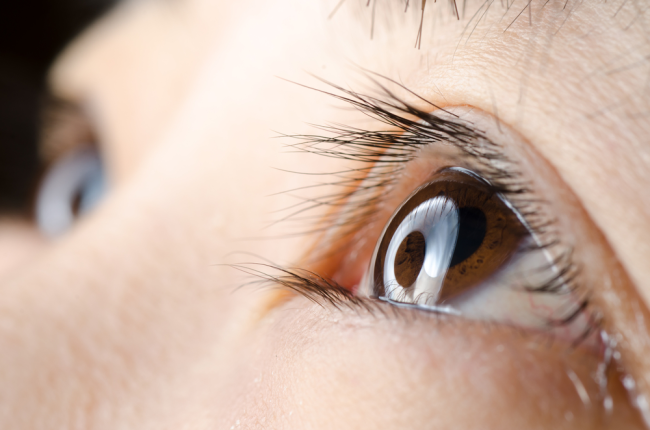 For people with locked-in syndrome, communication is pretty much impossible. The condition results in paralysis from head to toe and is usually due to a stroke or an injury to the brainstem or lower brain.

But while these patients can't move or talk, their eyes usually remain active and their upper brains retain full cognitive function. Researchers have now come up with a novel way to allow patients to answer yes or no questions by intentionally dilating their pupils.

The size of a person's pupil changes in response to light, but there are also subtler, internal cues that cause it to change. Emotionally arousing events are know to dilate pupils, as does the brain power used in decision-making. In this study, the researchers used mental math as a way for participants to control their pupil size to answer yes or no questions. For each trial, a participant sat in front of a computer screen and had a camera zoomed in to record his or her eyes. A researcher read simple questions out loud---such as "Is your age 20?"---to be sure that patients knew the answers. Then the subjects were presented with the yes and no answers onscreen, one after the other, each with a corresponding math problem. Participants were instructed to complete the math problem that went along with their answer to the original question. That mental effort dilated their pupils. Thus by watching the timing of pupil dilation, researchers could gauge which answer participants were trying to communicate.

in Current Biology. The researchers are working out the kinks to improve the speed and accuracy of the system, but even an imperfect means of communication could make a huge difference in the lives of patients, they said in a press release. Other scientists have tried to provide locked-in patients a way to communicate by blinking

, but since these actions are not always voluntary, the results aren't very accurate. And unlike brain-computer interfaces

, or even any training. The simple set-up needs nothing more than a laptop and a camera, so it's relatively cheap and works for any person whose eyes and brain are still functioning. Plus, the activity doubles as a diagnostic test for determining a person's level of consciousness, which could help doctors with the difficult task of determining how much cognitive function a locked-in patient still has. Top image credit: Pan Xunbin/Shutterstock