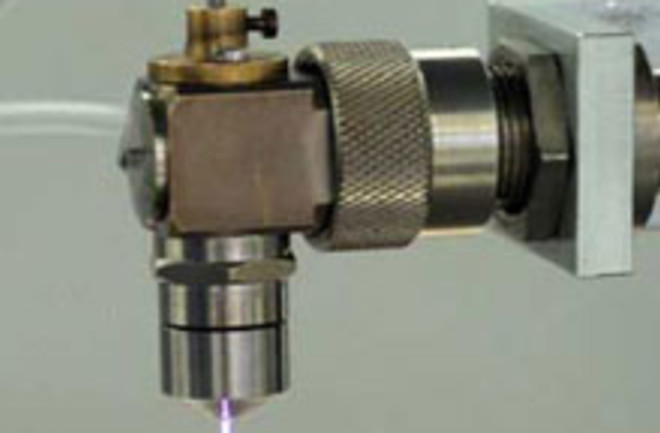 This could mean an end to fear and loathing at the dentist's office. A new (allegedly) painless blowtorch-like device is being developed that uses a thin beam of plasma could kill oral bacteria in cavities. A plasma is an ionized gas—one in which some of the electrons are stripped away from their atoms. The plasma kept the dentin, the fibrous bonelike material that makes up most of a tooth under the outer enamel layer, intact, while reducing bacteria 10,000-fold. This means that plasma jets could be used to wipe out the tooth-decaying bacteria in cavities--a procedure that normally requires the use of a painful dental drill to grind away the infected portion of tooth. The plasma being used is a "cool" plasma with a temperature of just 100 degrees Fahrenheit. When it fires, it charges the oxygen gas around it, which creates reactive molecules that break down and destroy the bacteria's cell walls, killing them in the process. But here's the bad news: If you have a gnawing cavity right now, there's no point putting off a visit to the dentist. Researchers say it will take three to five years for the new plasma drill to make it to the dentist's office. Related Content: Discoblog: Bye Bye Dentures? Researchers Isolate “Tooth Growing” Gene DISCOVER: Tooth DNA Dates Back To The First Americans DISCOVER: Tooth IDs Famed Egyptian Queen DISCOVER: A Pre-Columbian Cavity 80beats: Ancient Big Tooth Shark Had the Mightiest Bite in HistoryImage: Stefan Rupf