The data might lead to better ways to track our health over time. 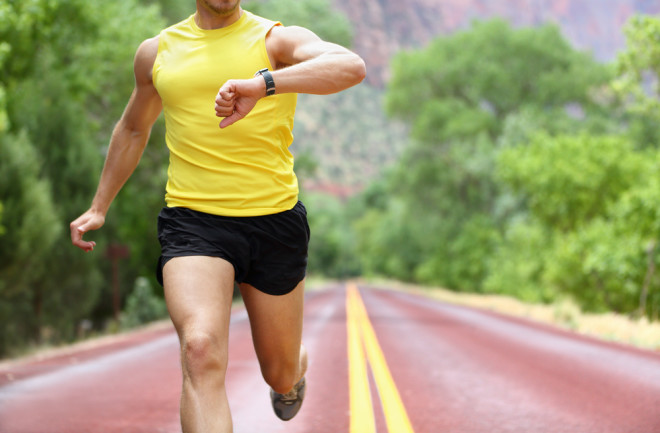 Depending on the heart rate your doctor measures during your annual checkup, you might get a stamp of approval — or a raised eyebrow and questions about your overall health.

But a new study confirms that a normal resting heart rate isn't the same for everyone. Data from over 92,000 FitBit-wearers were analyzed in a new PLOS ONE paper, showing that average resting heart rates ranged between 40 and 109 beats per minute (BPM). Though not all of those rates are necessarily healthy, the study did find that each individual’s heart rate stayed fairly consistent over time.

The data could help users monitor their heart rate for any inconsistencies. If it’s possible to track someone’s heart rate continuously, then slight fluctuations in their individual pattern would reveal more about their well-being, said paper co-author Giorgio Quer, an artificial intelligence researcher at The Scripps Research Institute, in an email.

“Instead of focusing on a single measurement done in the clinic, it is now possible to have a longitudinal view of the changes in resting heart rate," Quer said. "As we learn more, [regular heart rate monitoring could] provide information not only for cardiovascular health but also for pulmonary status, early infectious disease detection, reproductive health, and likely much more."

Doctors already know that a normal resting heart rate likely lies between 60 and 100 BPM, and might dip down to 40 in elite athletes. Generally, lower heart rates are a sign of better cardiovascular health. Recent research has suggested that a heart rate changing over time could also hint at other conditions happening in the body. For example, one study tracked the phases of menstrual cycles based on daily shifts in heart rate.

The dataset for this study included people ages 18 to 100 and with body mass index values between 15 and 50. The average user had a rate of 65 BPM, which fluctuated depending on factors such as sex, age, BMI and how much sleep they had gotten. Data from individual users were stripped of identifying information.

When Quer and his team studied the FitBit data — information that users consented to sharing — they confirmed much of what doctors already know about heart rates.

Women had higher average heart rates than men, and those who got a better night's sleep had lower resting heart rates. Individuals with a higher BMI typically had higher heart rates.

But altogether, the factors the researchers were able to include only accounted for 10 percent of the difference in heart rate between people. The other 90 percent might be due to fitness or other factors the team didn’t study, Quer says.

The study also found that each person’s heart rate was remarkably stable over time. Interestingly, women of childbearing age had heart rates that fluctuated the most. This might be related to heart rate changes through the menstrual cycle, Quer says.

The ability to track heart rates over time might give caregivers additional insights into their patients’ lives. Other research has shown that a body fending off an infection, for example, or worsening asthma might result in a slight uptick in heart rate over a few weeks.

In the future, tracking those minute changes over time might help alert doctors to what their patients are dealing with. For example, a fertility tracker could potentially be based off daily heart rate changes, Quer says, though it would take a lot more research to make that happen.

There are a few limitations to the current study. Data from FitBits alone leaves out parts of the population that don’t have the device. It's possible those who wear FitBits might look different from the population as a whole — they might exercise more, for example, or eat better diets.

Additionally, the team didn’t factor physical activity into their analysis. But Quer plans to dive into more of this data — even as he keeps his eye on his own. Quer said he wears two activity trackers 24/7 for a read on his own heart rate, sleep and activity levels.

“For me, it is a great way to understand what is affecting me," he said.