Scientists studied whether online contraceptives were as safe as those from a doctor. 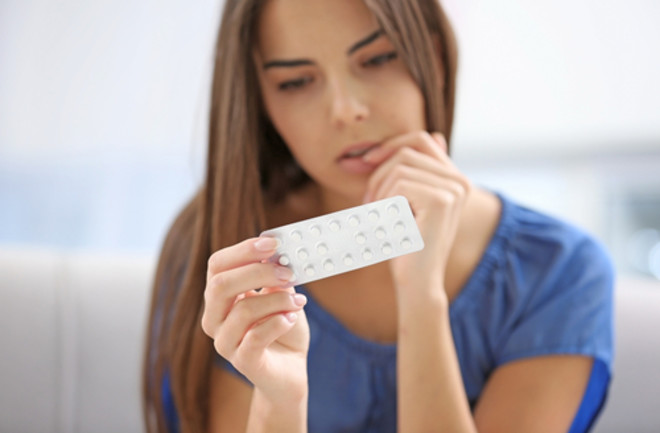 Contraceptives are more accessible than ever. And online services are making it easier for women to purchase hormonal birth control without ever having to set foot in a doctor’s office.

But nixing the clinic visit and ordering pills online might seem like an option that’s too good to be true. And not all is pristine in the world of telecontraceptives: in April, the The New York Times reported that Nurx, a website known as the “Uber for birth control,” participated in sketchy shipping methods that may have skirted public health regulations. But does that mean these online services are unsafe?

No, concludes a new study published Wednesday in the New England Journal of Medicine. Nurx, and other online birth control services like Lemonaid and Pill Club are just as safe, if not safer, than going to a doctor’s office for a birth control prescription.

But there are a few caveats. Online birth control companies may be lacking certain information for their patrons. And better screening tests could help users find contraceptives that best suit their needs — or avoid potentially life-threatening reactions.

Oral contraceptives come in several varieties. Some contain estrogen, progestin (artificial progesterone) or a combination of both. Depending on medical history and health conditions, doctors pick the best one that will suit a patient’s needs.

In their study, Harvard Medical School researchers recruited seven participants to order pills from nine services that distribute birth control online. They measured each company’s compliance with the CDC’s Medical Eligibility Criteria for Contraceptive Use (MEC).

The participants posed as patients, aged 20-29. Six had conditions that conflict with certain types of birth control, like deep-vein thrombosis or migraines.

Of the 63 total orders, only three did not comply with the guidelines. A participant posing as a patient with a rare, benign liver tumor known to be sensitive to estrogen was prescribed estrogen pills from two different services.

But for the most part, the companies are following the rules. And lead author and Harvard graduate student Tara Jain says the websites all stated patient’s online forms were reviewed by a clinician.

Though Jain’s team didn’t test the effectiveness of the pills themselves, she has virtually no worry that the medication is faulty. Prescriptions were processed through an in-house or actual brick-and-mortar pharmacy that patients could swing by to pick up a prescription.

“There was no indication that they were fake pills or anything like that,” she says. But a bigger worry might be the way these websites inform their patients of how to use the medication, and their options besides oral contraceptives.

Some contraceptive websites include a screening phone call or a video chat when a patient orders a prescription for the first time, in addition to written surveys. They’ll discuss things like medical history, but Jain says not a single website screened patients on their ability to take pills every day.

So, Jain and her team recommend at the end of the study that online prescription services should include this information to educate patients on their options, just as a doctor would. They also note that these services need to be more careful when prescribing medication to patients with rare, and sometimes severe, health conditions.

Still, she says the growing telemedication market, which originally started with person-to-person calls between doctors and patients, might have a leg up on eliminating prescription errors. These happen with human doctors all the time — though many are benign, an estimated 7,000 to 9,000 people die every year from being prescribed the wrong medication.

With the 93 percent compliance rate, despite a small sample size, Jain thinks online birth control services might even be more effective than going to a doctor, since they eliminate the chance of human error in diagnosis.

“There’s still a human element to it, which is why it might not be 100 percent (accurate),” she says. The doctor isn’t in, but the jury is out that ordering birth control online will most likely be a safe bet.