Every profession seems to have its own tailor-made occupational hazard. Veterinarians suffer bites and scratches, office workers struggle with carpal tunnel syndrome, anxiety torments professional graduate students and so on. A few years ago, I was stunned to hear that butchers, fish-mongers and those intimately involved in the meat-handling trade (please don’t read into that any more than is necessary) are more likely to be infected with a certain strain of Human Papillomavirus (HPV). Odd, huh? And kind of gross. 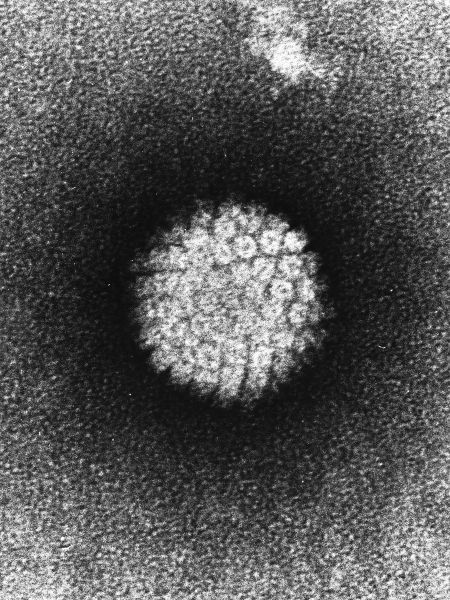 The thriving 120-member HPV family is quite successful at infecting humans, with up to the 20% of a population infected with a HPV wart or verruca (1). This family is as familiar to the human body as the warming, joyful sensation of the sun on our skin. The viruses are real home-bodies, typically favoring one part of the body whether that be the feet, hands, anogenital region or what-have-you. The HPV family is roughly segmented into three infection subtypes: anogenital and/or mucosal, non-genital cutaneous, and epidermodysplasia verruciformis (EV), a rare, hereditary infection that can cause widespread squamous cell skin tumors (2). The papillomaviruses show strict species specificity; attempts at a Frankensteinian or “Heart of a Dog” type of cross-species viral infection have been, thankfully, unsuccessful (4).

HPV causes epithelial proliferations of the skin and mucous membranes, with a clinical expression resulting in anything from benign warts to invasive tumors. Warts are acquired by direct or indirect contact; infected individuals transmit the infection by living their life day-to-day, unknowingly smearing HPV particles on surfaces willy-nilly (5). And so we go about living our lives, blissfully unaware of such matters. Until now, that is.

The HPV family has the ignoble distinction of being the most commonly sexually transmitted disease with over 40 viruses capable of infecting the genitals, mouth and throat. It’s quite impressive, really. HPV-16 and HPV-18 are the most familiar to us, being globally ubiquitous and responsible for causing genital warts as well as the great majority of cases of cervical cancer, now easily preventable by vaccination (if people would get vaccinated, that is!).

Common warts found on the hands, palms and around the nails and plantar warts on the feet are most often caused by strains HPV-2 and HPV-4, though HPV-1 and many more may also be responsible. These verrucas of the hands and feet typically affect children and young adults (much to the dismay of mothers). This self-limiting infection can be difficult to treat and fully eradicate - warts can either be non-responsive to or reappear after treatment. Dermatologists recommend letting them reside and proliferate benignly until the immune system kicks into high gear and eliminates them.

In 1969, a physician named Jerome Litt found that meat-handlers had a greater incidence of hand warts than the general population (3). These warts were often quite abundant, grew in a proliferative fashion and were localized to the dorsal and palmar sides of the hand (4). The warts have been described as having a cauliflower-like appearance. Hyperkeratinosis is often seen, where the outermost layer of the epidermis, the stratum corneum, has thickened and darkened. The increased prevalence of warty hands within this population remains the case today where it is estimated that up to 23% of people who frequently handle meat, fish and poultry will develop warts on their hands (5).

Initially, researchers thought the warts of those involved with the slaughtering or butchering of cows were a result of a bovine papillomavirus (BPV), seemingly infected by the virus in a direct cow-to-human transfer. It seemed reasonable enough: the warts are localized to the hands, these guys are in frequent contact with blood and flesh, ergo these verrucas are bound to be a cow wart virus. Even so, after many biopsies and running samples through PCRs, researchers have found that these viruses are all of the human variety. In several studies of butcher’s warts, researchers have found that HPV-2, HPV-4 or HPV-7 are the most common culprits, with HPV-7 leading the pack (5). Often, several HPV subtypes have been found on one hand, throwing themselves a good ol’ warty party (7). So we have a situation in which men who work in abattoirs and retail and wholesale butcher shops were showing evidence of a profession-specific viral warty infection. 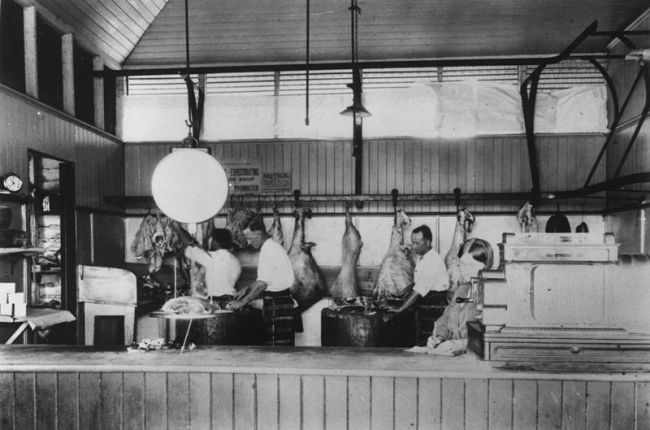 Even those working in the seafood industry aren’t spared. Fishmongers also can become infected with the HPV types HPV-1, HPV-2, HPV-4 and HPV-7 (8). In fact, researchers found that infection with HPV-7 was directly correlated with the length of time one had been employed as a fishmonger, a finding similar to that in the case of the abattoir and butcher workers (5). Poultry workers and farmers have also been found with infections, so this is not a bovine-specific hazard.

So why do people working exclusively in the butchering industry get this human virus while we non-meat-handling office workers and laborers are spared? The simple answer is “we don’t know”. We really don’t. The reservoir of HPV-7 and where it hides out, why meat-workers are disproportionately infected and what the role of the flesh of animals or the slaughtering environment has to do with the propagation of the virus are all frustratingly unknown.

Some speculate that environmental conditions may well be a serious factor in HPV-7 infection (8). It has been shown that abrasions of the skin encourage penetration of the HPV virus and proliferation of common and plantar warts (5). And we know that meat-handlers typically work with a variety of animals with very sharp knives in wet and cold environmental conditions. It’s a gem of a setting: working with flailing, dying animals, surrounded by fur, blood and scales, and acquiring minor abrasions and accidental lacerations throughout. It seems quite reasonable to expect that they would get some infection or another, so why not some harmless warts?

Now the "but": a group of British researchers have conducted extensive surveys looking at hand trauma, environmental conditions and handling of specific kinds of meat and found no association between these factors and hand wart or HPV-2 and HPV7 prevalence (6). There was also no evidence of person-to-person transmission, meaning that butchers aren’t spreading this virus to their work-mates in their working environment (7). These results suggest that HPV-7 is distributed throughout the population but only causes disease under certain environmental conditions or stimuli, and that there is some component of animal flesh that predisposes activation, infection and/or replication of HPV-7 in the epithelia (6).

In other words, there’s something in a slaughtering/butchering environment that encourages replication and growth of HPV. Does meat or blood have some sort of immunosuppressive factors that allow for HPV-7 to blossom on butchers' hands? One study clearly seems to support this idea with the finding that lower incidences of warts are found in those working in modern slaughterhouses, with automated butchering rather than butchering by hand (5). Warts can develop within two years of working with meat, which also seems to suggest that cumulative exposure is necessary before your hands start growing some new, minor appendages (8).

Alas, the research is rather thin on HPV-7. There just isn’t that much of an academic drive for investigating this rare, benign virus that affects a sub-set of professionals. But what a good, meaty mystery, eh? Definitely something to consider when you’re deciding whether to embark on a career change as, say, the latest hipster butcher. In the meantime, take this as a cautionary tale to wash your hands frequently and especially after preparing your filet mignon for tonight’s dinner.

Resources For more information on the molecular structure and pathogenesis of HPV, there’s a public-access PDF from 1993 that’s helpful but mostly focuses on cervical strains. This student-made page from Brown University is also insightful.

For a list of the different types of warts and the HPV strains that cause them, go to the helpful eMedicine overview.

For an catalogue of truly alarming images of warts, I reluctantly point you in the direction of the DermNet NZ site. NSFW and NSFFH (Not Safe For the Faint of Heart).