No, You Probably Can't Make up for Lost Sleep on the Weekends 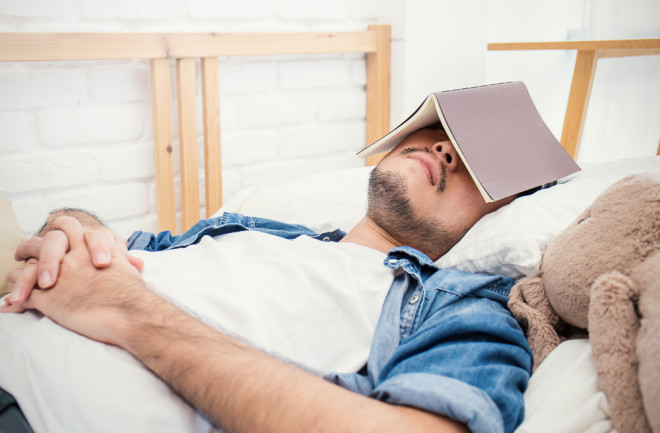 There are only so many hours in the day, and when work or school sucks up eight of them, it can be hard to squeeze in time for family, friends, exercise or binging Netflix. As a result, we often don’t get those eight hours of precious sleep during the week. But catching some extra z’s on the weekend can make up for it, right?

Wrong, say researchers at the University of Colorado Boulder. In a recent study, they found that catching up on sleep during the weekend doesn’t counteract the effects of insufficient sleep during the week. Risk factors like insulin sensitivity and weight gain persisted in sleep-restricted participants, even after a weekend of unlimited slumber. The findings, published today in the journal Current Biology, suggests that sleeping in on the weekends doesn’t counteract the metabolic damage done during the week.

Ah, Saturdays and Sundays. Time to turn off the alarm and make up for lost sleep. And after five days of inadequate shut-eye, your body needs it. Studies show that sleep deprivation reduces insulin sensitivity, increases daily caloric intake and delays that sweet production of melatonin, a hormone that helps you fall asleep at night. But up until recently, researchers weren’t sure if extra sleep helped undo any of this damage.

“What we wanted to do in this study was to look at the common behavior of not getting enough sleep during the school or work week and then sleeping in and trying to catch up on the weekend,” says Kenneth Wright, a professor of integrative physiology at Boulder and lead author of the paper. “We wanted to see whether or not that common strategy was beneficial for your metabolic health.”

To find out, Wright and a team of researchers gathered 36 healthy, young adults and divided them into three groups. Over the course of nine days, the first group would be allotted nine glorious hours of sleep each night and the second would be restricted to just five. The third group would also be limited to five hours of sleep, but after five days of restriction, they would have the weekend to sleep as much as they wanted. This group would then return to their five-hour sleep schedule for the remaining two days. Both before, during and after the study, the researchers logged the participants’ caloric intake, melatonin levels and weight.

In all, they found that both of the sleep-restricted groups started producing melatonin later in the day. This shifted their body clocks and caused them to continue snacking after dinner, ultimately leading to weight gain.

During the weekend, the group who caught up on sleep snoozed for about nine to 10 hours each night and reined in their after-dinner snacking. But their melatonin production was still delayed, and their after-dinner snacking and weight gain returned after the weekend was over. Stats taken before and after the study also show that insulin sensitivity was actually worse for those who slept in, dropping 9 to 23 percent compared to roughly 13 percent for those who didn’t catch up on sleep. This decrease in insulin sensitivity reduces a person’s ability to regulate blood sugar, and over time, could lead to type 2 diabetes.

But not all hope is lost for struggling sleepers. Wright says that daily naps have been shown to increase physical performance in people who don’t get enough nighttime sleep, but their effect on metabolic health is still up in the air. So until we get more answers, you might want to dial back the ol’ bedtime.