A 40-year-old woman transforms her life after weight-loss surgery, only to see the pounds return and her life spiral downward. 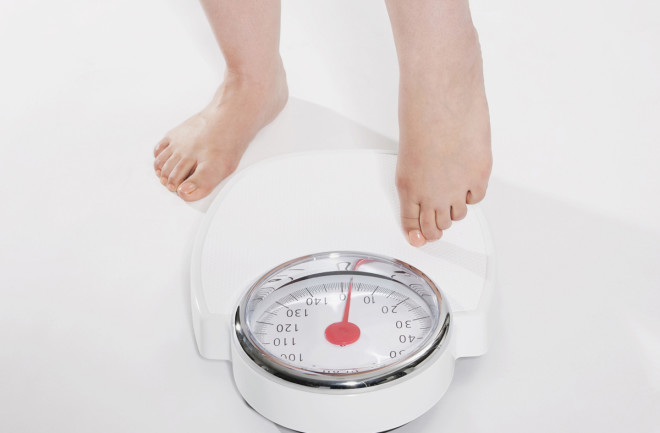 Rebecca came to my clinic complaining of weight gain. This wasn’t my usual case. As a gastroenterologist, I typically hear concerns over weight loss, which suggests a serious medical condition.

Since adolescence, the 40-year-old had struggled physically and emotionally with obesity and eating issues. About three years before she landed in my office, she had a gastric bypass procedure to help her lose weight. The surgery was an unqualified success, and Rebecca, who had weighed 280 pounds, lost 120 pounds in one year and was maintaining her new weight. She had a slimmer appearance and a positive outlook on life.

When I saw her at my clinic, however, she was depressed and near panic. She had gained 3 to 5 pounds each month over the past six months. The physical transformation she had made was literally vanishing before her eyes. She was struggling emotionally because of it.

Bariatric surgeries, which reduce how much food someone can eat, have become more common in recent years. Three of the procedures are an adjustable banded gastroplasty, which constricts the stomach with a flexible “belt”; sleeve gastrectomy, which cuts away part of the stomach; and the popular Roux-en-Y gastric bypass, which involves tying off of the stomach to make it smaller.

The surgeries can be quite successful. Still, the complex procedures typically involve reconstruction and rerouting of the stomach and intestines. As a result, the new connections can leak food or be too tight and block food passage. Both can lead to complications, including life-threatening infections.

Moreover, patients must adopt a major lifestyle change, committing to regular exercise and a healthful diet to maintain a reduced weight. And the physical changes can set off complicated emotions, which is in part why patients undergo psychological screening.

Rebecca had a Roux-en-Y gastric bypass; her stomach was tied off to create a pouch. Now the de facto stomach, the pouch was surgically connected to the middle of her small intestine. People who have had this surgery can eat only small meals and don’t feel as hungry. And since the food bypasses part of the intestines, fewer nutrients are absorbed. The result is dramatic weight loss.

Sometimes I’m called upon to look for and treat problems after bariatric surgeries. Rebecca’s weight gain suggested that a complication had developed from her procedure.

I threaded a flexible fiber-optic camera down through her esophagus and into her stomach pouch. I discovered a hole, or fistula, between her pouch and the rest of her stomach. Food was leaking through the fistula into the larger stomach, then passing through her entire small intestine. She was able to eat much more than her pouch would have allowed, and her body was absorbing everything she ate. Her weight gain made perfect sense.

The procedure to fix the problem was performed the next day. Using tools passed through the endoscope and into her stomach, I closed Rebecca’s fistula with metallic clips.

Then we did the leak test. In the radiology department, she drank a special liquid visible under X-ray. The liquid flowed through her pouch and intestines in real time on the X-ray screen. There was no leak. I discharged Rebecca with instructions to follow up as needed.

Two months later, she was back and more anxious than before.

Rebecca had gained 15 pounds since I last saw her. Assuming my closure of her fistula had come undone, I did another endoscopic investigation. I found no fistula, so I arranged to have Rebecca drink the X-ray-visible liquid to find any other structural problems that could explain her weight gain. I found nothing.

A week later on a follow-up visit, Rebecca was still upset and had gained 3 more pounds.

“Are you sticking to your bariatric diet?” I asked.

After bariatric surgery, patients need to follow a highly regimented diet with appropriate vitamin supplements. Most of them eat significantly less than people who haven’t had the surgery. They might consume 800 to 1,500 calories per day, with many averaging about 1,000 calories a day. (Typical adult women consume about 2,000 calories a day to maintain weight.) This enables them to stay at their lower weight. Patients must avoid high-fat and calorie-dense foods, which include most junk foods.

Despite her denials, I remained concerned that Rebecca was way off her diet plan. She had told me during earlier visits that binge eating was one way she dealt with stress when she was younger. I instructed her to keep a food journal and scheduled a follow-up in a month.

Two weeks later, on a Saturday, I was at a local shopping mall with family. We were standing in line at an ice cream vendor in a food court when I spotted Rebecca a few people ahead. I overheard her order a chocolate milkshake. After paying, she turned and saw me. I nodded, and she quickly averted her eyes, visibly upset. When it was my turn to order, I asked the counter person how many calories were in the milkshake. I was stunned: over 1,300.

On Monday, Rebecca showed up at my clinic. In tears, she revealed that the weight gain caused by her fistula had triggered behaviors from years ago, before her bypass surgery. She felt she was losing control over her body and appearance. Her anxiety drove her to binge eating.

First, she overate solid food, but it caused her to vomit because her stomach pouch couldn’t hold it all. Then she got creative. Rebecca learned she could eat high-fat and high-calorie foods that were either liquid (such as a milkshake) or that melted in her mouth (such as cheese puffs). Her stomach pouch could handle them.

After talking with Rebecca, checking an online calorie counter and making several back-of-the-envelope calculations, I deduced that most days she was consuming over 3,500 calories. This clearly explained her weight gain.

I made appointments for Rebecca with a nutritionist and a psychotherapist. With time and hard work, she was able to resume her healthful post-bariatric diet plan. The pounds started dropping off.

Bariatric surgeries can truly change people’s lives. But there is more to losing weight than going under the knife. “I’m very disappointed with myself,” she told me. “I never thought I would be in this situation again. But I’m glad I’m back to losing weight.”