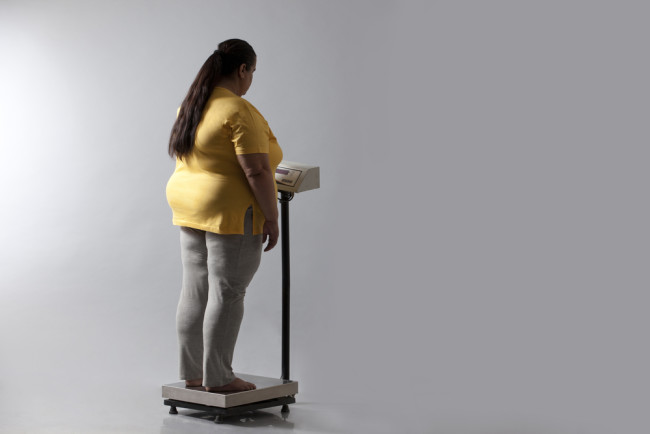 Thunder God Vine is a thoroughly deadly plant: Its flowers, leaves, and roots are all highly toxic. But new research suggests that a compound found in its roots could be a brand-new approach to treat obesity. A compound called Celastrol, found in the roots of Thunder God Vine, may increase the body’s sensitivity to hormones that help fight obesity, according to new research. Mice given oral doses of Celastrol lost an average of about 45 percent of their body weight – and they lost body fat, not lean mass.

The story starts with leptin, a hormone that helps control metabolism by carrying information about the body’s energy stores to the brain. When the body has lots of stored energy, it produces leptin, which signals the brain to eat less. When researchers discovered leptin about 20 years ago, they hoped it might be the key to weight loss, but experimental results were disappointing. Lean mice injected with leptin did exactly what researchers expected: they ate less and lost weight. In obese mice, however, the leptin injections had no effect. Over the intervening years many researchers have come to believe that obesity is therefore linked to a resistance to leptin.

But Celastrol may finally crack that puzzle, by restoring leptin sensitivity. Umut Ozcan of Harvard University and his colleagues found that mice given oral doses of Celastrol lost an average of about 45 percent of their body weight and that their food intake also dropped significantly. For comparison, researchers said that mice that have bariatric surgery usually lose between 35 and 40 percent of their body weight. And mice with lots of leptin in their bloodstreams lost weight when given Celastrol, but the compound had no effect on mice with no leptin, or in mice without any leptin receptors. The research was published in the journal Cell. “Celastrol is the first efficient leptin sensitizer and has a completely different mechanism of action than any other anti-obesity drug that has been reported to date,” Ozcan told Discover.

Researchers’ next step is to complete human toxicology studies on Celastrol and then move to clinical trials, hopefully. Celastrol has been studied by scientists before, and it shows promise as an effective anti-inflammatory which could one day be used to treat conditions like rheumatoid arthritis – which, perhaps not coincidentally, is the primary use of Thunder God Plant root extract in traditional Chinese medicine. However, there have been only a couple of small, short-term clinical trials of Celastrol in humans. One of them, a 2009 study funded by the National Institute of Arthritic and Musculoskeletal and Skin Diseases, found that extract from the root of the Thunder God Vine produced better results in rheumatoid arthritis (RA) patients than a common RA drug called sulfasalazine. Of course, it takes more than one or two small trials to prove that a drug is safe for humans in the long run. If Ozcan and his colleagues succeed in bringing Celastrol to a larger clinical trial, then we might learn more about the health promise of this obscure root.