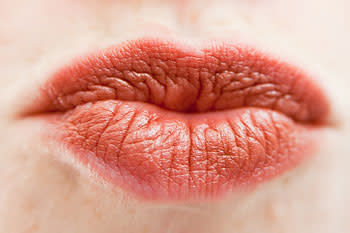 You may have heard the G-spot buzz today: a gynecological surgeon claims to have discovered an actual structure in a vagina that corresponds to this reputed female pleasure center

. Just by itself, any invocation of the G-spot should set off alarms; it has been called a “gynecologic UFO: much searched for, much discussed, but unverified by objective means

.” There is much about this particular study, though, that is deeply troubling, as best exposed

by Ricki Lewis, who has authored textbooks on human physiology, at Scientific American. Here is a quick sum-up of what is so wrong about this situation. Big Problem #1Adam Ostrzenski, the surgeon behind the paper, has made this claim on the basis of dissecting a single corpse. As Lewis points out

, a single data point does not really mean anything in science, especially when you're claiming to have found an organ that supposedly exists in 50% of people. Many, many such dissections, all revealing the same thing, would be required to make this claim plausible. Big Problem #2 In this single corpse, he found a structure that looks like a string of grapes, which he says is erectile tissue that swells during arousal. He did not perform the tissue analysis that would be required to back up the claim of erectile tissue. Instead, the paper contains mainly his measurements and speculations. Big Problem #3 Moreover, there is a reasonable explanation for this structure, according to Lewis:

The chain of grapes in their bluish sheath, said a friend who is an anatomy authority...looks like a hematoma, a pooling of blood that happened when the owner of said spot maybe bumped her crotch into something years ago.

These three points alone are enough to make it clear why this study should be considered suspect, but Ostrzenski's comments to Lewis also raise some red flags. For example, he assumes that geneticists' use of the term "G-spot" is in reference to the object of his quest; in actuality, it refers to a place in an organism's genome where there are four repeats of the amino acid guanine (one of the "letters" in genetic code), and has nothing to do with sexual organs. This study, and its potentially erroneous conclusions, could have real-world implications. Ostrzenski, who currently performs cosmetic gynecological surgery

on women, sounds like he is already considering what kind of surgical interventions a confirmation of this study would imply

For a detailed look at this study and at how G-spot research has been covered in the past, check out Dr. Petra's blog. For a take on how this study reflects a cultural obsession with orgasm during intercourse, check out Slate's XX Factor. For a good round-up of others posts, check out the Knight Science Journalism Tracker's post.