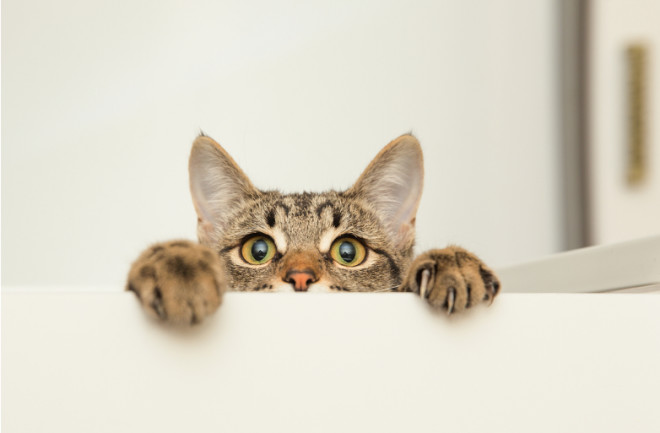 Our feline companions can pass parasites, pathogens and more on to us. (Credit: Lario/Shutterstock)

A good snuggle with a cat can improve anyone’s day — well, assuming you don’t have allergies. But like any other animal, our domestic felines can carry diseases, and sometimes those illnesses pass to us.

Updated guidelines from the American Association of Feline Practitioners include a list of which diseases cat owners might be at risk for.

The 36 diseases listed don’t include every possible feline zoonotic pathogen — those that can pass from cats to humans — but they do represent the large majority of diseases one might encounter with cats, says Michael Lappin, a veterinarian with Colorado State University and coauthor on the report.

Overall, the prevalence of diseases contracted from cats is low, says Lappin, though frequencies vary depending on the country, region and pathogen. Other good news: There are straightforward steps people can take to keep everyone healthy.Illnesses can pass from cats to humans via direct contact; biting organisms, like fleas, that jump between species; or interactions with pathogens the cat has released into the environment, the report says.

Worms, for example, including hookworm and roundworm, can be transferred to humans through cat feces or other contaminated materials. Though these infections rarely cause serious problems in cats and can often go unnoticed, there is a possibility that humans can contract an eye worm from their cats that can cause blindness, Lappin says. This risk is part of why the guidelines recommend that cat owners bring their pets in for regular “deworming” treatments, or put them on a worm prevention medication.

Other important preventative measures include flea and tick treatments and the rabies vaccine. Between 40 and 60 percent of all cat fleas carry potential human pathogens, Lappin says. This includes the bacteria that causes flea-borne spotted fever, as well as the bacteria responsible for cat scratch fever.

Around 2003, when the last cat disease report was issued, researchers learned the cat scratch disease was carried by fleas, adding another reason to prevent these biting pests. There are several types of ointments and edible medications that can keep fleas away, Lappin says.

Rabies, a virus that spreads through animal saliva, is also a concern. Since rabies can kill people and cats, it’s important to ward off that disease via vaccination in countries where the disease is present. “The vaccine is quite safe, and rabies is quite dangerous,” Lappin says.

One pathogen that might get too much attention is Toxoplasma gondii, an infamous parasite thought to cause behavioral changes in humans (though evidence of that is controversial). Generally, people fixate too much on getting toxoplasmosis from cats, Lappin says; our feline friends only shed the parasite for seven to 10 days of their lives, and even then it must to be exposed to air for several days before becoming hazardous. More people contract the disease from dirt or undercooked meat than from their cat, Lappin says.

Basic sanitation protocols — like washing hands after touching cats, cleaning litter boxes every day, and fully cooking meat — can help ward off disease. Those actions, paired with keeping cats free of worms, ticks, fleas and rabies, can help keep a cat and a household healthy, Lappin says. The full list of recommended actions is outlined in the publicly available report. “Pets give lots of happiness, so if you do basic things, you can live happily with most of these animals,” Lappin says.