Jungle viruses hitch a ride into the U.S. via exotic pets. 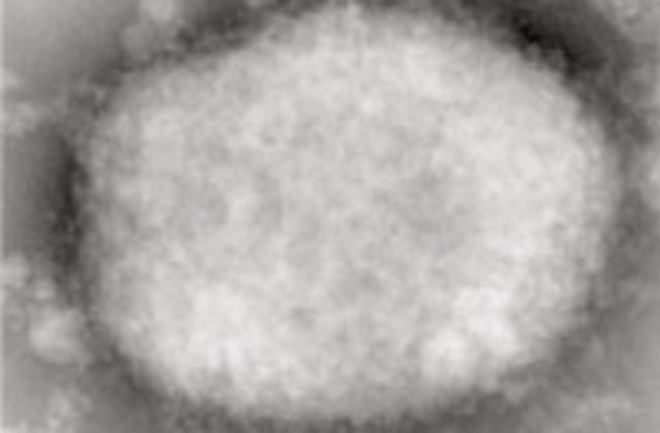 Four years ago, a Wisconsin couple and their 3-year-old daughter went to a pet “swap meet” in the town of Wausau. But instead of returning with a puppy or parakeet, they purchased two prairie dogs. Two days later, one of the dogs bit the girl. Within 10 days the child developed a fever and a pustulant skin lesion. Her parents took her to the hospital. Although the doctors couldn’t diagnose her disease, they treated the symptoms, and she recovered.

That is where the story should have ended. Ten days later, however, the girl’s mother developed the same skin lesion. Then another family member became ill.

Researchers at the Marshfield Clinic in Marshfield, Wisconsin, examined skin lesion tissue from the family and looked at lymph node tissue from the family’s now-sick prairie dog. They discovered the animal was spreading a poxvirus. Doctors sent their samples to the Centers for Disease Control and Prevention, where the virus was identified as monkeypox, found in rodents in Central and West African rain forests. How did a rare virus carried by rodents in the African tropics move to Wisconsin?

Public health officials traced the virus to the pet swap and made an unnerving discovery: The man who sold the prairie dogs to the girl’s family was also sick with monkeypox. A dealer in exotic pets, he had received a shipment of Gambian rats and had kept them caged next to prairie dogs. The original importer had brought in, weeks earlier, a shipment of about 800 small mammals from Ghana, including the rodents, the known reservoir for monkeypox.

Few people outside the animal trade business know how big it is. The World Wildlife Fund estimates that 350 million live animals, worth about $20 billion, are traded every year. WWF conjectures that one-quarter of this trade is illegal (at the time, selling prairie dogs was not illegal), making animal smuggling, after the drug trade, the most lucrative illegal activity in the world.

Unlike drug trafficking, though, penalties for getting caught smuggling animals are minimal. Unless violations of the Endangered Species Act are deemed intentional, the maximum penalty is $1,000. The most severe penalty, for willful trade in species known to be endangered, is capped at $50,000 and/or one year in jail. Even the legal trade is not monitored carefully. As a result, most wild-caught animals found in pet shops and marketplaces are not tested for disease. If you handle these animals it is the same as if you ventured into the area where the animals originated.

This happened not only with monkeypox but also SARS, which burst out of the wet markets of China to infect people there and in Canada in 2003. The culprit in thatoutbreak was the Chinese horseshoe bat, which was stored in cages next to other species for sale.

I visited a Chinese wet market last year. The pavement was covered in animal blood, feathers, fecal matter, and animal parts. Children skipped about wearing rubber sandals, and vendors chopped up animals using the same knives for chickens, bats, and snakes. If the wildlife trade, which can originate in places like this, is not subject to surveillance for pathogens dangerous to people and animals, we can expect more new diseases to reach our shores.

The West Nile virus was introduced to the United States in 1999, probably from the Middle East, as part of the pet trade in birds. Since then, there have been nearly 24,000 human cases, with nearly a thousand deaths, and huge die-offs in at least 285 avian species. West Nile virus spread rapidly across the United States and into Mexico and Central and South America; it now threatens Hawaii too.

After the monkeypox virus fiasco, the import of African rodents and trade in prairie dogs were banned. But the trade in birds and reptiles remains huge, even as we face lethal avian flu and recognize the long-standing dangers of reptile-borne salmonella. Each year, between 2 million and 4 million salmonella infections surface in the United States. Most of these cases occur in people who have pet reptiles.

If the Wisconsin family’s prairie dog had escaped, it might have infected wild rodents, thereby creating a permanent U.S.-based reservoir for the monkeypox virus.

Most daunting global problems, like climate change, come from so many sources that solutions are complex. In the case of the wildlife trade, the solutions are straightforward. Governments must provide surveillance for human and wildlife pathogens. But why ship wild animals at all? If we did not place exotic pets in new settings, then tracing new diseases would not have to entail complex efforts to determine points of origin. And we’d all be much safer.