Mosquito Bites Leave A Lasting Impression On Our Immune System 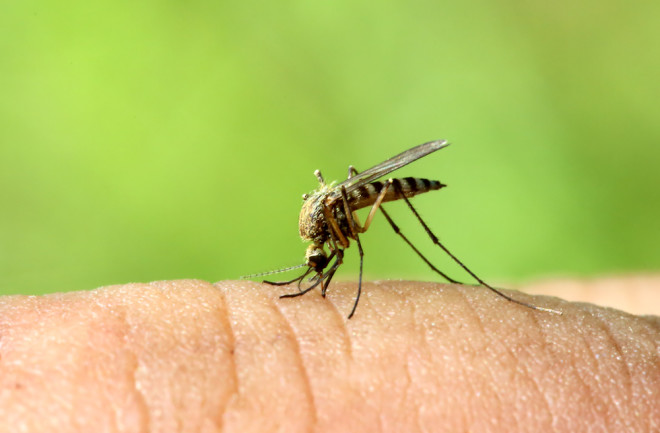 Mosquito bites are like a gross form of French kissing — the insects swap your blood with their saliva, and leave a trail of salivary secretions behind like mosquito cooties. Some of those compounds prevent clotting as the insects slurp up your blood. Now researchers find mosquito spit aggravates your immune system for days afterward. The findings could help scientists develop vaccines for mosquito-born diseases like Zika.

Rebecca Rico-Hesse, a virologist at Baylor College of Medicine in Houston, Texas, wanted to know how mosquitoes exploit our immune systems with their drool. So, she and her team exposed mice with human-like immune systems to live mosquitoes. Then, they sized up the mice’s immune response as it reacted to the mosquito spittle.

The bug’s saliva toyed with their immune systems in both bone marrow and skin cells with effects that lasted up to seven days after biting, the team reports today in PLoS: Neglected Tropical Diseases. The researchers say their discovery could explain how these tissues might act as virus incubators and help spread disease.

In 2012, Rico-Hesse was looking to untangle how Dengue virus causes Dengue hemorrhagic fever — an illness that affects 400 million people each year and can lead to death — when she came across a strange occurrence. Mice infected with the virus from mosquito bites fared far worse than mice that had received an injection of the virus but hadn’t been served as a mosquito meal. The result made Rico-Hesse take a step back.

It seems that mosquito bites caused the immune system to behave differently, and in ways that could potentially give infectious diseases a leg up.

To find out, Rico-Hesse and her team set starving Aedes aegypti mosquitoes on mice that had received a dose of human stem cells to make their immune systems look more like a human’s. Each mouse endured eight mosquito bites total. Then the team checked out different parts of the immune system — blood, bone marrow, spleen, and skin cells — six and 24 hours after biting, as well as seven days later. By then, the immune system should have returned to normal.

Instead, the team discovered immune cells that had disappeared from the skin at least six hours post-bite came back seven days later after maturing in bone marrow, something that shouldn’t have happened. If those cells harbored a virus, they could then pass it on to new mosquitoes, who could infect others.

The research is pointing out new ways in which mosquito bites affect our immune systems, and it goes beyond simple itching and scratching.

“Mosquito saliva has evolved to modify our immune system,” Rico-Hesse said. And as their new research shows, viruses and parasites could be hijacking that activity to get to the cells they reproduce in, like bone marrow cells, faster, according to her.

Essentially, viruses might be taking advantage of the immune system’s response to travel from their point of entry — the skin — to a place they can multiply in that’s away from attacks by the immune system.

“It’s mind-blowing,” Rico-Hesse said. “No one has ever seen this before.”

Ultimately, the work could lead to infection-blocking vaccines, said Duane Gubler, an international health expert who was not involved in the research.

That’s what Rico-Hesse hopes, too. “If we can make a vaccine that would protect us against the effects of the [mosquito] saliva, or blocking our immune reaction … then we could stop global vector-born diseases,” she said.