The plague is back, and this time it’s not thanks to far-voyaging ships or caravans traversing some distant trade routes, but to corn. This disease, caused by one of man’s oldest bacterial foes, Yersinia pestis, and spread by flea-infested rodents, is often overlooked in modern times in favor of more headline-grabbing epidemics like Ebola, HIV, and antibiotic-resistant STDs. But the plague has always kept close quarters with mankind and continues to surprise us with its adaptability. Historically, the plague has long been associated with poor hygiene, cramped living situations, and substandard housing, with outbreaks blooming in the cities that make such fine homes to hordes of the rodent vectors. Yersinia has, for the most part, lost its edge in our modern society thanks to widespread advancements in urban hygiene and sanitation. Good housing and sound infrastructure largely bar the entry of rodents into our homes, hindering human exposure to microbe-bearing fleas. But the plague is a tenacious enemy, and its dynamics have changed to counter these hygienic advancements. As I wrote a few years ago, Yersinia has established an endemic presence in the African continent, where cases of the infection comprise over 97% of the world’s 20,000-odd cases in the past fifteen years. Plague is a major public health concern throughout the continent, but particularly so in east Africa’s Tanzania, where outbreaks have been pulsing through the region in time with the cycle of the seasons since 1980. Since then, the country has tallied just under 9,000 cases and 675 deaths due to plague outbreaks. 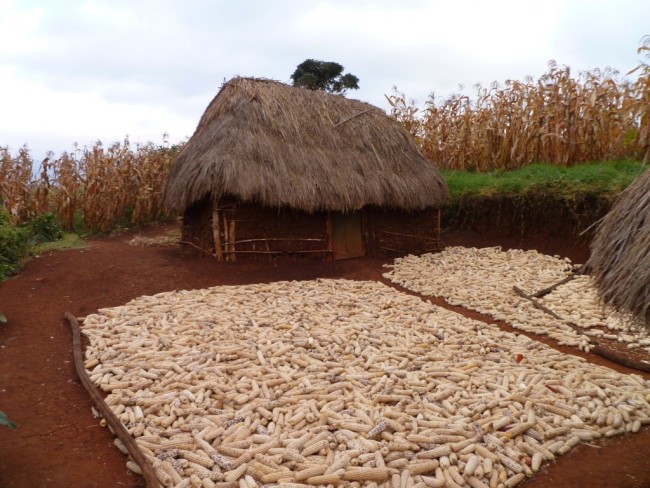 Agricultural landscapes have high numbers of plague infected rodents. Harvesting maize and grain from those fields with storage close to homes attracts rodents, creating an ideal situation for transmission to humans. Image: Douglas McCauley. The public health community has struggled to identify why this ancient microbe has so firmly established itself in the region, but research published yesterday in the American Journal of Tropical Medicine and Hygiene (AJTMH) is making headway in shedding some light on the nature and methods of the disease. Of key importance is the fact that in Tanzania, the plague is taking root in an entirely different setting than what we associate with the Black Death. Rodents, their fleas, and the dangerous microbial cargo they carry are emerging not in cities heaving with people and sewage, but in areas where the natural forest terrain is eroding as acres of maize crops are seeded, grown, and harvested in its place (1). Over the last few decades, croplands in northern Tanzania have expanded by 70 percent, driven by heaving food production needs. As crops expand and nibble away at existing wild environments, native animals are forced from their habitats. This situation is complicated in Tanzania, where the population receives up to one third of its daily caloric intake from maize. This plant, a staple crop for Tanzanian smallholder farmers and large-scale growers alike, just so happens to hold a status not far below manna to rodents. In regions where maize farming has become the norm, the population of African rat (Mastomys natalensis) has exploded 20-fold. Hillary Young, PhD, a community ecologist at the University of California, Santa Barbara and one of the lead authors of the study, explains the deleterious effects of increased maize production:

Introducing maize production in natural areas appears to create a perfect storm for plague transmission. The presence of the crop as a food source caused a surge in the population of a rat species known to carry plague. Local farmers often then store this harvested corn next to or inside their homes - baiting in the hungry field rats and increasing opportunities for human infection. (2)

Agricultural expansion in Tanzania is not only transforming the ecological landscape, but upending the delicate balance between good public health and exposure to zoonotic diseases. Previously, forest regions had formed protective barriers between human populations and the farmland that attracts harmful pests, much like the sturdy walls of houses and enclosed toilets of today’s society shield us from rodents that crawled through the gutters of premodern cities. But the felling of these “green walls,” these natural barriers and buffers to disease, is putting the farming community in Tanzania at risk of contracting a disease that boasts a staggeringly high fatality rate. 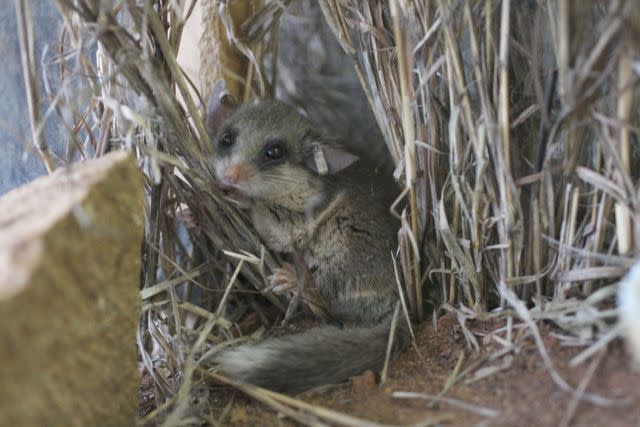 By capturing and testing small mammals - like this crushingly adorable woodland dormouse - in neighboring agricultural and forested habitats in Tanzania, researchers have demonstrated that agricultural conversion has led to increases in the risk of plague to humans. Image: Lauren Helgen. “When we change a forest into something else, we wholly rewrite the rules for the way that life on that kilometer-square space works,” says Douglas McCauley, PhD, an ecologist at the University of California, Santa Barbara, and one of the lead authors of the study. (3) “In this case, the change that we engineer by changing a forest into a cornfield causes these eruptive dynamics that really amplify the risk for plague.” The emergence of plague in this country has important implications for the global food trade and security. Sub-Saharan Africa contains 60% of the world’s uncultivated soil that may be used for crop production, and yet the region continually experiences crippling food security instabilities. Agricultural expansion in the region is inevitable and, as McCauley points out, even desirable: “Some degree of conversion has to absolutely happen to prevent destabilizing food security in this part of the world.” (3) However, these needs must be balanced with a growing consideration of the disease ecology and epidemiology in eastern Africa. As studies like these continue to decipher the kinetics between agricultural expansion and disease ecology, the intricate consequences of man’s manipulation of his natural environment are further exposed. The dynamics of plague in Tanzania have become clearer, but these findings also offer a sobering reminder that progress also presents us with new challenges, especially in less stable regions of the world. Previously on Body Horrors "What’s the scoop on plague in the 21st century? Is “ring-around-the-rosie” still relevant in this modern era of twerking?" Learn more about plague's new dirty tricks in the modern era: Plague It Again, Sam: Plague in the Twenty-First Century Farming also played a role in the emergence of a novel and deadly disease nearly twenty years ago: The Climatic Origins of the Malaysian Nipah Virus OutbreakResources Were rats really the culprits behind the Black Plague? Or could it have been ... giant gerbils? References 1) DJ McCauley et al. (2015) Effects of Land Use on Plague (Yersinia pestis) Activity in Rodents in Tanzania. Am J Trop Med Hyg:14-0504 2) American Journal of Tropical Medicine and Hygiene. (2015). Researchers Find Agriculture Expansion in Tanzania May Greatly Increase Risks of Plague in Humans [Press release]. Retrieved from https://astmhpressroom.files.wordpress.com/2015/02/ajtmh-plague-agriculture-press-release_final.pdf 3) DJ McCauley, personal correspondence, Feb 22, 2015