Millennials Want to Tan, No Matter the Risks 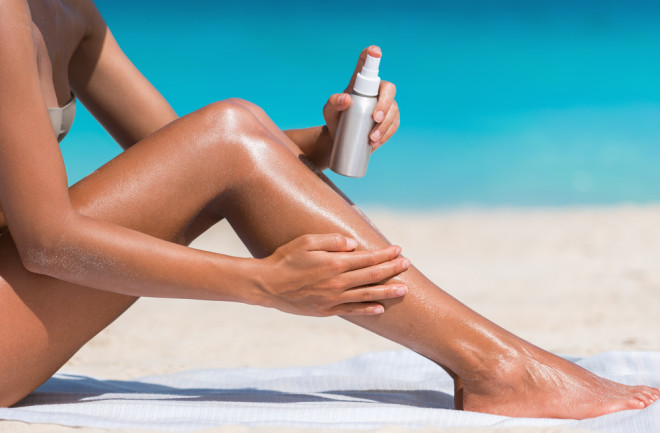 (Credit: Maridav/Shutterstock) In my youth, a popular song advised its listeners — purportedly a class graduating in 1999 — to “wear sunscreen.” It’s the narrator’s number one tip for the future, as “the long term benefits of sunscreen have been proved by scientists.” Apparently my fellow millennials didn’t get the message. According to a study in the Journal of Consumer Affairs, my generation doesn’t know much about how important sunscreen is to health and continues to sunbathe — particularly people with low self-esteem and narcissistic tendencies. The actual title of the paper is a thing to behold: I Know, but I Would Rather Be Beautiful: “The Impact of Self-Esteem, Narcissism, and Knowledge on Addictive Tanning Behavior in Millennials.” It’s easy to see write this off as another story in the vein of “Those darn millennials!” but the findings actually reveal a lot about a huge public health hazard, and help reveal a way to mitigate it in the future.

First, let’s clarify. Millennials might not be who you think they are: Young people. The term usually refers to people born from the early 1980s to the early 2000s; they’re in college and their late 30s. Kids in high school today, and younger, are considered Gen Z. (I actually consider myself part of the Oregon Trail generation, and not a millennial, but that’s just splitting hairs.) So this isn’t a “kids are dumb about tanning” story, it’s a “younger adults are dumb about tanning” story. Specifically, the study involved 256 older college students (no freshmen) enrolled at “a major university in the southwestern United States,” as the authors cryptically state. And boy do they love tanning!

Fun In the Sun

Based on an online questionnaire, the study tracked participants’ general knowledge of sunscreen, their enthusiasm and reasons for tanning, and their levels of self-esteem and narcissism. Most depressingly: It turned out it didn’t matter how much they knew about the dangers of tanning and the power of sunscreen — tanners gonna tan. Not that there was too much knowledge there in the first place; on the 11 fact-based questions, the participants scored an average of 54 percent. Examples include: “What do you think SPF stands for?” (sun protection factor — 47 percent got this right) and “True or False: When applied correctly SPF 100 is twice as effective as SPF 50” (False — 48 percent go this right). Students with lower self-esteem and higher narcissism were more likely to exhibit “addictive tanning levels,” and they mostly did it for cosmetic or emotional reasons, to look or feel better. A third of participants said having a tan is important to them, with 70 percent “purposefully exposing their body to the sun in order to achieve a tan,” as the study puts it. That’s a lot of sun.

The context, of course, is skin cancer. It’s the most common type of cancer in the world — more than 3.5 million cases diagnosed a year — and it makes up nearly half of all cancers in the U.S. And things are getting worse. From 1970 to 2009, women ages 18-39 in the U.S. have seen an 800 percent increase in melanoma rates. This is serious stuff. Current public safety campaigns are focused on education, hoping that if people knew the dangers and how to avoid them (i.e., covering up more and wearing sunscreen more often), they’d act on them. Turns out, that’s not really the case. So at least researchers know they have to come up with a new way of reaching younger people, who can do the most to avoid harmful solar exposure. It’ll take some work convincing people that tans aren’t as healthy and beautiful as they think. “There’s no such thing as a safe tan,” the FDA warns. What better time, with summer and graduation season coming up, to remember the advice of “The Suncreen Song”? Respect your elders, millennials: Wear sunscreen!