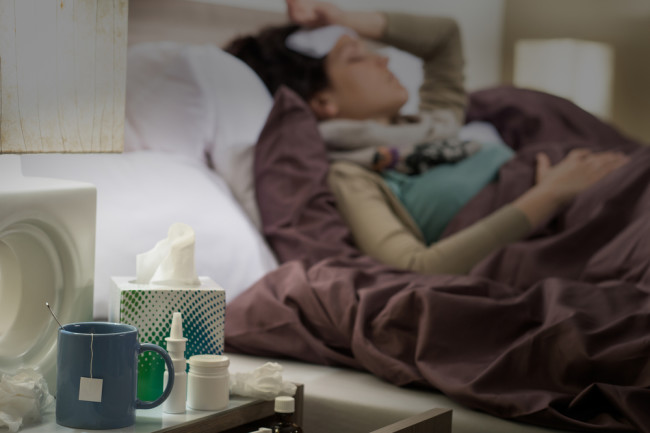 for this year's flu season, and those being hit the hardest aren't who you'd expect. Normally, flu most strongly affects those on the ends of the age spectrum: those under 4 years old and over 65. But so far in the 2013-2014 season, the greatest number of cases---and the greatest number of deaths from flu---fall into the young and middle-aged categories, the people often assumed to be the healthiest and heartiest. Some 61 percent of hospitalizations for influenza this season have been people between the ages of 18 and 64, up from 35 percent last season. The story is similar among deaths from flu: a surprising 60 percent occurred in the middle-age categories, up from last season's 18 percent. 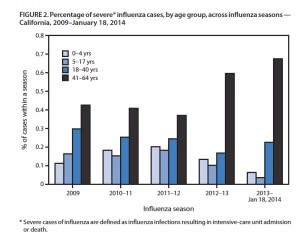 From the CDC's Morbidity and Mortality Weekly Report, February 21, 2014.

The trouble, it seems, is the particular strain of flu this season. The predominant influenza virus circulating in recent months has been the notorious H1N1. Back in 2009

, this virus (then called swine flu influenza A) made its presence quickly and painfully known. It started with a single case in a 10-year-old Californian girl, and spread from there. By June, cases had been reported in 70 countries and the World Health Organization declared the disease a pandemic. The U.S. was hit the hardest, with cases in all 50 of the United States and its territories. While the H1N1 virus has been in circulation since then, this appears to be its first notable flare up. And in 2009, as in our current 2013-2014 season, a surprisingly large percentage of cases occurred in the young and middle-age categories.

Get Your Flu Shot!

With the help of vaccines, this year's prospects don't look nearly so grim. The CDC followed up with more than 2,000 people showing flu-like symptoms between December 2013 and January 2014, and found that the risk of influenza requiring a doctor's visit was reduced in vaccinated individuals by about 61 percent versus those who didn't get the vaccine. Flu season isn't over yet, though. The CDC anticipates weeks of influenza yet to come, and points out that it's not too late to get a flu shot