The health effects of microplastics remain unclear, but we do know that they're pervasive in both the environment and our bodies. 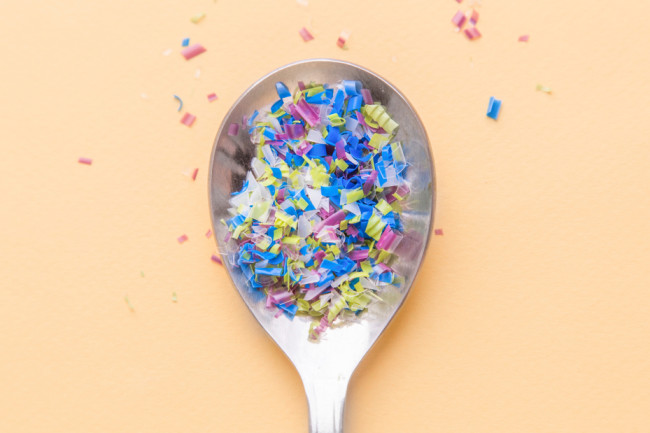 Microplastics make their way into our bodies whether we like it or not. What can we do about it? (Credit: Zatevahins/Shutterstock)

Plastic pollution is getting under our skin. Literally. As plastics have become ubiquitous in modern society, so too has plastic pollution, including that of tiny plastic particles. These microplastics have been detected in the air, water and even in some foods, making their presence in our bodies essentially inevitable.

“We definitely know we’re exposed, there’s no doubt,” says Chelsea Rochman, an ecologist at the University of Toronto in Canada, who studies human-made pollutants in fresh and saltwater environments. “We drink it, we breathe it, we eat it.”

How pervasive is that plastic exposure, and is it bad for your health? Scientists don’t yet know, but they have some working theories. Here’s what we know so far about these tiny, prevalent plastic particles.

Once it enters the environment, the plastic we throw away breaks down in the sun, waves and wind into much smaller pieces. We also produce tiny plastic fibers and particles when we wash clothes, drive our cars, wear down carpets and upholstered furniture and more. Microplastics are smaller than a quarter of an inch, often a millimeter or smaller; nanoplastics are even more miniscule, measuring less than 0.1 micrometers (a micrometer is 1,000 times smaller than a millimeter).

The biggest sources of human exposure to microplastics likely come from airborne dust, drinking water (including treated tap water and bottled water) and seafood (shellfish in particular, because we eat the entire animal), Rochman says. Scientists have also detected microplastics in products as varied as sugar, honey, German beer and sea salt. Emerging research suggests humans are consuming more than 100,000 microplastic particles a year, according to Kieran Cox, a Ph.D candidate and Hakai Scholar at the University of Victoria in Canada.

“Microplastics are now considered an emerging food safety concern, but we really don’t have all the answers yet,” says Dave Love, a microbiologist at Johns Hopkins University who studies aquaculture, fisheries and related environmental, health and social issues.

One of the reasons scientists are concerned about microplastic exposure is all the chemicals that hitch a ride in the polymer. Plastic itself is an inert substance, but chemicals are often added to it for color, flexibility, rigidity, heat resistance, UV resistance and more, Rochman says. Plastic in the ocean or bodies of water also attracts pollutants like heavy metals and organic contaminants, such as organochlorine pesticides, which are attracted to plastic’s water-repellent surface. Many of these chemicals and contaminants have potential health effects.

Our body likely flushes out some microplastics through urine, bile, feces and other bodily functions, according to a 2018 review of current research on microplastics and human health. However, according to Rochman, research in animals has shown it’s possible for some plastics to pass from the airway or gastrointestinal tract into the blood or lymphatic system, spreading to and accumulating in other organs. Whether a plastic can make this journey likely depends on its size, shape, type and myriad other characteristics. Once embedded, these plastics could potentially cause inflammation or leach chemicals.

It’s unclear if exposure to these particles and associated chemicals is actually dangerous to humans at such low, gradual doses, Love says. Research in animals and fish suggests some types of plastic could be more harmful than others, according to Rochman. Some, like plastics made with bisphenol A (BPA) have been shown to have negative effects on human health when consumed in high enough doses.

If you’re worried about microplastic exposure — 100,000 particles does sound like a lot — you aren’t alone. But scientists don’t yet have actionable advice. “At the end of the day, there’s not a clear consensus yet on what the advice should be for consumers,” Love says. That said, avoiding tea made with plastic tea bags and getting a reverse osmosis filter for your drinking water could help limit unnecessary exposure.

Additionally, Love and Cox emphasize the importance of tackling plastic pollution itself. “Given our current understanding, it seems the best potential route for people wishing to mitigate their exposure to microplastic is to reduce their production of plastics waste,” writes Cox in an email to Discover. “This is especially true in the case of single-use plastics associated with foods or beverages they are consuming.”

In other words, you have to think big in order to fight small. You can reduce your plastic use, help clean up a beach or support policies that limit plastic pollution. And keep an eye on this emerging science as it comes of age in the new decade.