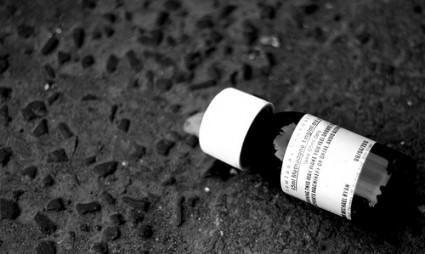 Methadone is commonly given to people trying to kick a heroin addiction. But the long-lasting opioid is also an inexpensive, effective pain-killer. With rising costs of prescription narcotics like OxyContin, doctors are increasingly prescribing methadone to treat pain, especially to patients on Medicaid or less generous health insurance plans. From 1999 to 2005, its use in the U.S. increased more than five-fold, according to the U.S. Drug Enforcement Administration. But over the same time period, deaths associated with the drug have increased more than five times, climbing from 786 in 1999 to 4,462, according to the CDC. In Washington state alone, more than 2,100 people died after taking the drug since 2003, says says The Seattle Times. Methadone's pain-killing effects last only four to eight hours, but it stays in the body much longer; studies have put the high end of its half-life between 59 and 128 hours. That means the pharmaceutical's dangers---specifically, it's ability to depress and eventually paralyze the respiratory system---last much longer. This means patients in pain might be tempted to take more of the medicine without being aware of the toxic buildup. Read more about it in a piece at The Seattle Times, which makes a convincing case that use and deaths from the drug are much more common amongst the poor than the affluent. [via The Seattle Times]