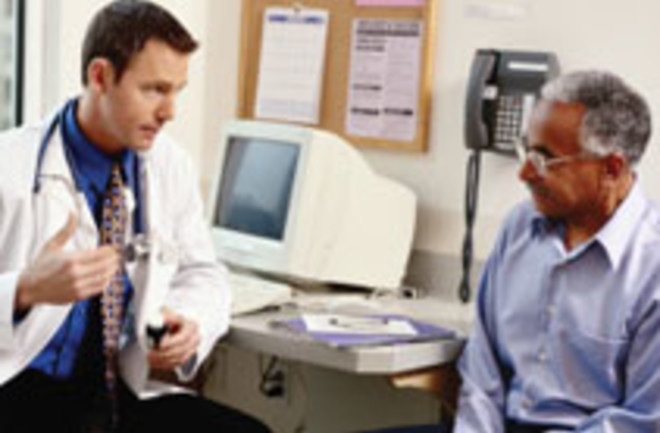 A hormone therapy sometimes called "medical castration" that's used to treat prostate cancer is of no help to patients in the early stages of the disease, according to a new study. What's more, the treatment's

side effects far outweigh any potential benefit for most patients [Los Angeles Times].

The treatment, which cuts off the production of male hormones, has been found to be effective in treating aggressive prostate cancer that is spreading through the body; this prompted doctors to begin prescribing the hormone therapy to patients with early stage, localized tumors as well. But the results of this new study are likely to reverse that trend.

The standard options for men with prostate cancer that hasn’t spread to other parts of the body are radiation, surgery or “watchful waiting”—doing nothing, and keeping an eye on the cancer. Watchful waiting can be a good option for older men, because prostate cancer often grows so slowly that it doesn’t wind up causing major problems [Health Blog, The Wall Street Journal].

But about one-quarter of men in the "watchful waiting" category opt for hormone therapy as well, primarily because they feel that they have to do something to respond to their diagnosis. The study, which appeared in the Journal of the American Medical Association, looked at over 19,000 men who were diagnosed with early-stage prostate cancer after the age of 66, and who did not opt for radiation treatment or surgery. It showed no difference in survival rates between men who took the hormone therapy and those who took nothing (both had 10-year survival rates of 80 percent). Study author Grace Lu-Yao says doctors and patients need to learn the benefits of doing nothing:

"Patients need to think about what the potential side effects could be, not that they have cancer and something needs to be done" [Baltimore Sun].

More From Discover
Mind
Scientists Once Thought Personality Was Set in Stone. They Were Wrong
Health
An Indigenous Amazonian Group May Hold a Key to Slowing Down the Aging Process
Health
How to Keep Your Workout Routine Into Old Age
Health
Are Thyroid Diseases on the Rise?
Health
After Decades on the Rise, U.S. Life Expectancy Has Stalled
Mind
How Learning a Language Changes Your Brain
Recommendations From Our Store
My Science ShopDiscover STEM Kits
My Science ShopDiscover 2022 Calendar
My Science ShopStrange Science
My Science ShopElements Flashcards
Shop Now
Stay Curious
Join
Our List