McMansions and Porsches Not Doing the Trick for Boomers 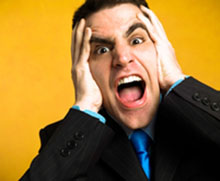 A University of Chicago study on happiness that's been called "one of the most thorough examinations of happiness ever done in America" has found that the oldest Americans are also the happiest, and that different population groups reach greater and more equal happiness levels as they age. Among its other reported findings: African Americans are less happy than white people, men are less happy than women (a topic that's been discussed at length recently), and happiness levels can "rise and fall between eras." Also among the findings: Despite their advancing age, which would seem to bring increased happiness, baby boomers, even with their high earning power and societal influence, are less happy than all the other generations surveyed. The data set, gathered by the General Social Survey of the National Opinion Research Center, consists of a single face-to-face question put to a cross section of the population periodically since 1972: "Taken all together, how would you say things are these days—would you say that you are very happy, pretty happy, or not too happy?" While happiness levels for 18-year-olds differed substantially, with white women having a 33 percent probability of being very happy versus just 15 percent for black men, the probabilities even out as the groups aged, with black men and women having more than a 50 percent chance of being very happy by their late 80s, while white men and white women were close behind. Which makes sense when you think about it: The closer we are to death, the more incentive we have to just be happy.