The locus MAOA pops up every year or so in a study which attempts to correlate variation in these region with behavior. In particular, anti-social or pathological behavior. So another one is out, Monoamine oxidase A genotype is associated with gang membership and weapon use:

Here's a regression table which shows the main results: 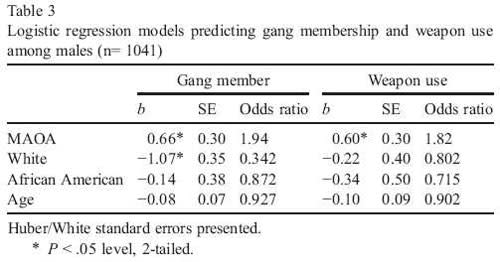 This figure in particular is striking: 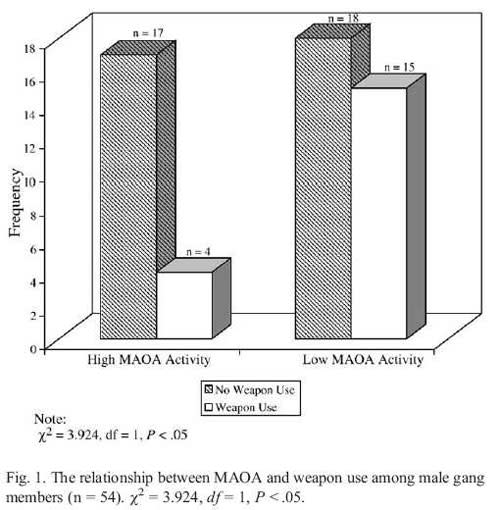 The MAOA variant is on the X chromosome, so obviously the genetic architecture is different for males and females (males have only one X). They didn't find much for females in this study. Another way to restate the study findings is that males with the low MAOA genotype MAOA genotype were 1.94 times more likely to be gang members, and they were 1.82 times more likely to have used a weapon in a fight. Cite:Monoamine oxidase A genotype is associated with gang membership and weapon use, Kevin M. Beaver, Matt DeLisi, Michael G. Vaughn and J.C. Barn, doi:10.1016/j.comppsych.2009.03.010