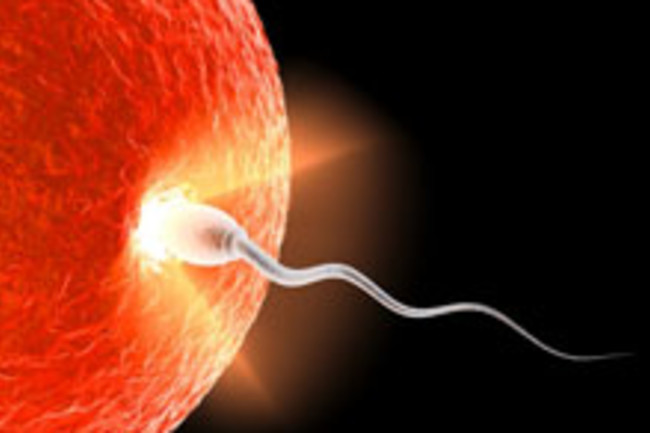 Strangely enough, it makes sense: A study of red junglefowl, a close relative of chickens, found that males can "adjust the speed and effectiveness of their sperm by allocating more or less seminal fluid to copulations." The determining factor in this remarkable change of speed is how attractive the male finds the female. According to Discovery News (not to be confused with DISCOVER):

The study...adds to the growing body of evidence that males throughout many promiscuous species in the animal kingdom, including humans, can mate with many females, but chances of fertilization are greater when the female is deemed to be attractive. Desirable female red junglefowl are easy to identify. "Female attractiveness is determined by the expression of a sexual ornament -- the comb -- which is phenotypically and genetically correlated to the number and mass of eggs females lay," according to study co-authors Charlie Cornwallis of the University of Oxford and the Royal Veterinary College's Emily O'Connor.

To collect their data, the researchers collected natural ejaculates from dominate and subordinate red junglefowl that had just mated with either an "attractive" or "unattractive" female. What the dedicated won't do for science. Related Content: Discoblog: Warning All Competitive Male Cyclists: Less than 5% of Your Sperm May Be Normal Discoblog: Prehistoric Crustaceans Produced Sperm Larger than the Animals Themselves Discoblog: The Strange, Violent Sex Lives of Fruit Flies and Beetles