Making Blood Cells in the Laboratory

Blood derived from stem cells could be used to help treat leukemia, sickle cell and other disorders. 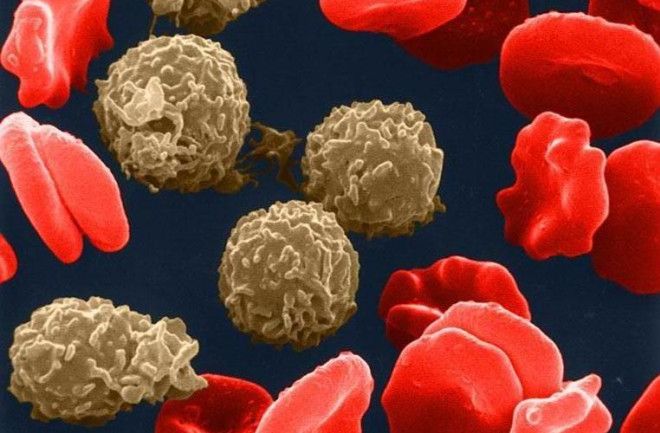 Scientists have taken a major step forward to making artificial blood by creating blood stem cells in the lab.

In two studies reported in Nature in May, teams at Harvard University and Weill Cornell Medicine at Cornell University created hematopoietic stem cells (HSCs). These mature into blood’s essential components: platelets, white blood cells and red blood cells. HSCs also generate a lifetime of blood cells, which must be continually replenished. When the body fails to restock, life-threatening forms of anemia, lethal infections or serious bleeding disorders can emerge.

To make the HSCs, the Harvard group used human skin cells to create induced pluripotent stem cells (iPSCs), adult cells researchers genetically reprogram to an embryonic-stem-cell state, where they can grow into any kind of cell. Adding seven transcription factors — proteins that switch on genes — the team then converted the IPSCs into immature HSC-like cells.

Either approach could produce enough HSCs to transplant and — pending further safety testing — potentially treat leukemia, sickle cell disease and other severe blood disorders. Says George Daley, a stem cell biologist who led the Harvard study: “It’s a real scientific advance and brings us closer to making customized cells we can transplant without worrying about rejection.”