If you're anything like me, then you will find that the onset of spring is a time of great rejoicing and equally great woe. The longer days, rising temperatures and greening world also signal the arrival of pollen, microscopic granules of hell determined to make you breathe fresh air only in the short spaces between sneezes, and enjoy the increasingly beautiful world through watery eyes.

But help is at hand. Allergens in the air can cause misery for about a third of people in Western countries, but a new clinical trial suggests that injecting allergens directly into someone's lymph nodes can offer them long-lasting protection from hay fever symptoms, with few side effects.

Currently, hay fever sufferers can get only get long-term relief through 'allergen immunotherapy', where they are injected with increasingly large doses of the allergen they are sensitive to. The treatment works but it is inconvenient and gruelling. Possible side effects include anaphylaxis, where patients experience massively disproportionate reactions and require the attentions of emergency personnel. It also requires up to 70 visits to the doctor over three to five years. Small wonder then, that patients tend to drop out of therapy, preferring instead to treat symptoms as they turn up, using sprays and pills.

Now, Gabriela Senti and colleagues from University Hospital Zurich have solved many of these problems by changing the site of injection from the skin to the lymph nodes - part of the immune system where immune cells gather and foreign particles are trapped.

When injected under the skin, the allergens need to travel to the lymph nodes anyway in order to stimulate an immune response, and only a small proportion does so. By sticking the needle straight into the lymph nodes, Senti's group managed to deliver the full payload directly to the target. As a result, they managed to reduce the total number of injections by 18 times and the cumulative dose of allergen by a factor of 1,000.

They ran a clinical trial of about 110 hay fever sufferers, who were split into two groups. The first were treated in the standard way - 54 injections under the skin over three years - while the second group received just three injections into the lymph nodes near their groin, over a mere eight weeks. The new treatment was a tremendous success -quicker, safer, more effective and more comfortable than its predecessor.

After just four months, the lymphatic group were about 10 times less sensitive to pollen than they previously were. They completely outpaced the conventional group, who took a year of continuous treatment to show improvements, and they had to resort to treatments like antihistamine pills less often.

Three years later, both groups were well-matched and they said that their symptoms had lessened to the same extent. For all its brevity, the lymphatic treatments produced results that were just as long-lasting as the more arduous conventional procedure. Laboratory tests confirmed these benefits. Both groups reacted less strongly to skin prick tests, where small doses of allergens are placed beneath their skin with a needle. And both had lower counts of immunoglobin E, a antibody involved in allergic reactions. 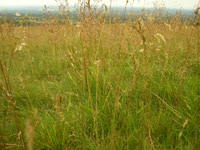 The lymphatic injections were also much safer. Among the conventionally treated group, 18 suffered from mild reactions but two people responded more severely and had such bad asthma attacks that they needed to be hospitalised. In contrast, none of the lymphatic group experienced reactions that dramatic and just six of them suffered from mild side-effects. And even though the lymph node injections were made to the part of the thigh closest to the groin, the patients felt that this procedure was about half as painful as injections directly beneath the skin.

The procedure is not only more comfortable, but fairly easy. The lymph nodes near the groin are readily located and lie just a few millimetres beneath the skin. With greater comfort, fewer injections and fewer side-effects, patients are far more likely to stick with the lymphatic injections than the normal ones.

Indeed, in Senti's study, many of the patients who had been assigned to the conventional treatment didn't show up for their first injection. Some had hoped that they would be testing out the new procedure, while some said that they couldn't possibly fit the 54 visits into their schedule. Fortunately, Senti had allowed for this drop-out rate, but it's a stark reminder of how inconvenient the conventional treatment is and how much more attractive the lymphatic version is.