Low sperm count? Time to put down the sausage. 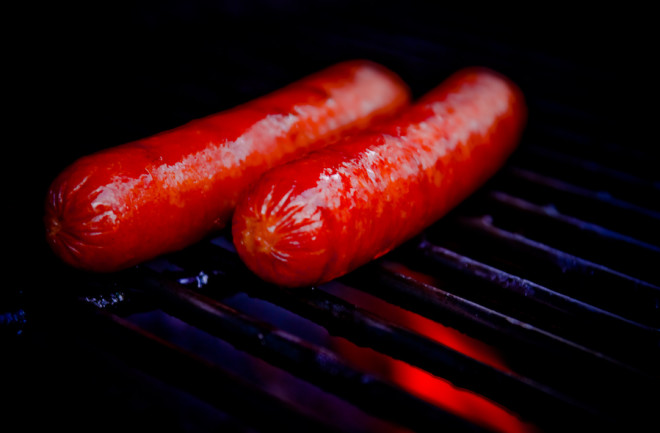 Photo: flickr/TheBusyBrainCan the growth hormones found in meat products affect human reproductive health? The authors of this study set out to answer this question by looking at the sperm counts of men who eat various amounts of meat products. Turns out that the more processed meat the men ate, the lower their sperm counts were, particularly for those men who ejaculated more frequently. Although the scientists weren't able to relate this result to the hormones in the meat per se, if you're trying to increase your sperm count, it probably couldn't hurt to take it easy on the sausage. Pun intended.Meat intake and reproductive parameters among young men. "BACKGROUND: In the United States, anabolic sex steroids are administered to cattle for growth promotion. There is concern regarding the reproductive consequences of this practice in men who eat beef. We investigated whether meat consumption was associated with semen quality parameters and reproductive hormone levels in young men. METHODS:Semen samples were obtained from 189 men aged 18-22 years. Diet was assessed with a previously validated food frequency questionnaire. We used linear regression to analyze the cross-sectional associations of meat intake with semen quality parameters and reproductive hormones while adjusting for potential confounders. RESULTS:There was an inverse relation between processed red meat intake and total sperm count. The adjusted relative differences in total sperm counts for men in increasing quartiles of processed meat intake were 0 (ref), -3 (95% confidence interval = -67 to 37), -14 (-82 to 28), and -78 (-202 to -5) million (test for trend, P = 0.01). This association was strongest among men with abstinence time less than 2 days and was driven by a strong inverse relation between processed red meat intake and ejaculate volume (test for trend, P = 0.003). CONCLUSIONS: In our population of young men, processed meat intake was associated with lower total sperm count. We cannot distinguish whether this association is because of residual confounding by abstinence time or represents a true biological effect." Related content: NCBI ROFL: The best use of CAT scans to date: bacon quality prediction. NCBI ROFL: When life gives you camels, make sausage. NCBI ROFL: Rectal salami.