Lose weight, improve your vision, and more with... the placebo effect! 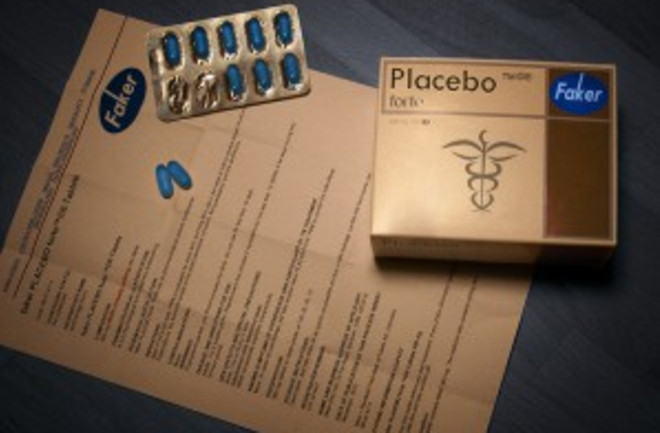 You probably associate the placebo effect with sugar pills. But according to these studies, the placebo effect is way more powerful than that: in fact, it can affect everything from weight loss to visual acuity. In the first study, hotel housekeepers who were told that their work was good exercise actually lost weight compared to a control group, even though their behavior did not change. In the second study, participants’ visual acuity improved when they simply acted as pilots (who they were told have good vision) in a flight simulator. And in the third study, diabetics’ blood sugar was more affected by how much time they *thought* had passed since their last meal, as opposed to how much time had actually passed. Talk about mind over matter!

“In a study testing whether the relationship between exercise and health is moderated by one’s mindset, 84 female room attendants working in seven different hotels were measured on physiological health variables affected by exercise. Those in the informed condition were told that the work they do (cleaning hotel rooms) is good exercise and satisfies the Surgeon General’s recommendations for an active lifestyle. Examples of how their work was exercise were provided. Subjects in the control group were not given this information. Although actual behavior did not change, 4 weeks after the intervention, the informed group perceived themselves to be getting significantly more exercise than before. As a result, compared with the control group, they showed a decrease in weight, blood pressure, body fat, waist-to-hip ratio, and body mass index. These results support the hypothesis that exercise affects health in part or in whole via the placebo effect.”

“These experiments show that vision can be improved by manipulating mind-sets. In Study 1, participants were primed with the mind-set that pilots have excellent vision. Vision improved for participants who experientially became pilots (by flying a realistic flight simulator) compared with control participants (who performed the same task in an ostensibly broken flight simulator). Participants in an eye-exercise condition (primed with the mind-set that improvement occurs with practice) and a motivation condition (primed with the mind-set “try and you will succeed”) demonstrated visual improvement relative to the control group. In Study 2, participants were primed with the mind-set that athletes have better vision than nonathletes. Controlling for arousal, doing jumping jacks resulted in greater visual acuity than skipping (perceived to be a less athletic activity than jumping jacks). Study 3 took advantage of the mind-set primed by the traditional eye chart: Because letters get progressively smaller on successive lines, people expect that they will be able to read the first few lines only. When participants viewed a reversed chart and a shifted chart, they were able to see letters they could not see before. Thus, mind-set manipulation can counteract physiological limits imposed on vision.” Blood sugar level follows perceived time rather than actual time in people with type 2 diabetes

“We investigated the hypothesis that the perception of time passing can exert a stronger influence on blood glucose level compared with the passage of actual time in people with type 2 diabetes. Our findings suggest that manipulation of participants’ perception of time resulted in blood glucose levels changing in accordance with how much time participants believed had passed, instead of how much time had actually passed. These results are an important example of the influence psychological processes can directly exert on the body. Mindsets and expectations may play an increasingly important role in type 2 diabetes management.”