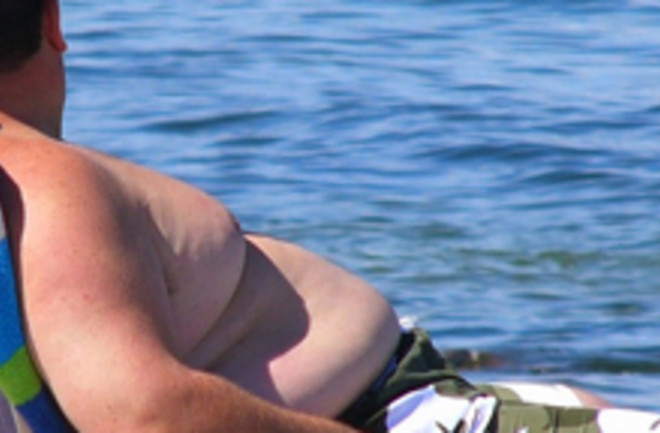 The movie Fight Club may have been on the right track when it suggested that the fat left over from liposuction procedures was too valuable to throw away--although the idea of making soap from forsaken flab is too gross to catch on. Instead, researchers have found a way to turn fat cells into stem cells, and say the process is much more efficient than the standard technique for stem cell production, which uses human skin cells.

Reprogramming human skin cells remains woefully inefficient; typically, it takes about a month for 1 in 10,000 fibroblast skin cells to give rise to induced pluripotent stem (iPS) cells. Such iPS cells can, like embryonic stem cells, develop into any cell type. So researchers have been on the lookout for tissue types that can more speedily and easily be turned pluripotent [Nature News].

In the study, which will be published this week in the

Proceedings of the National Academy of Sciences, the researchers describe how

The researchers separated out the globular fat and prepared the fat tissue cells for reprogramming--a process that took only two days, instead of the three to four weeks required for skin cells. The reprogramming procedure was also faster, taking only two weeks. Finally, it was 20 times more efficient than the skin cell conversion. In a similar study, published in the Journal of Cell Science, researchers found that reprogramming melanocytes, the pigment-producing skin cells that give rise to moles, was also faster and more efficient than reprogramming regular skin cells. While much more work needs to be done to prove that both kinds of altered cells are safe, the researchers say that making stem cells out of waste products could be a boon for medical research. Says Longaker:

"There's a lot of fat in America, unfortunately, and it's a renewable source of cells" [Nature News].

More From Discover
Health
Are Ultra-Processed Foods a Silent Killer?
Health
Will the COVID-19 Vaccine Work As Well in Patients With Obesity?
Health
We've All Heard That Eating Late Is Unhealthy. Is It True?
Health
What Is Lumen, and Can It 'Hack' Your Metabolism? Here's What the Science Says
Health
What Is Inflammation, and Why Is It Sometimes 'Bad' for Your Health?
Health
Cancer Is on the Rise Among Young People
Recommendations From Our Store
My Science ShopCosmos: Possible Worlds
My Science ShopStrange Science
My Science ShopEinstein's Universe
My Science ShopElements Flashcards
Shop Now
Stay Curious
Join
Our List