Leave the Armadillos Alone: They're the Only Animals That Can Give You Leprosy

We know, they're cute, but don't touch. 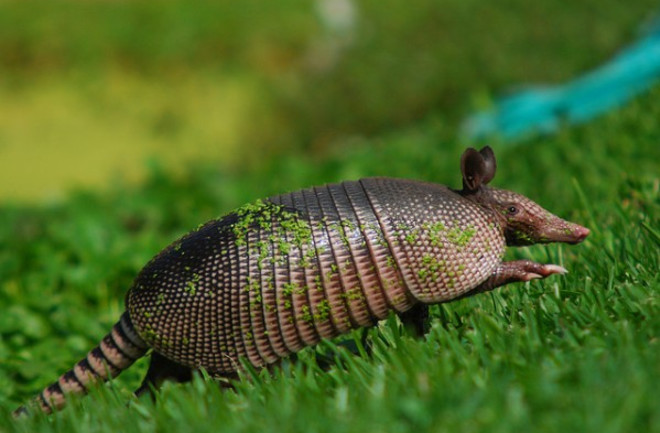 Please back away from the armadillo, ma’am. You can watch them from a distance, even take pictures, but don’t play with or eat Texas’s state mammal: Scientists have just confirmed that it is a source of leprosy infections in humans.

Less armadillo on the menu, for starters. But as long as you don’t mess with the critters, you’ll be fine. The researchers hope, though, that this confirmation will help doctors diagnose U.S. leprosy cases faster — if it’s caught early, several years of antibiotics can purge the bacterium from your system before nerve damage occurs. If doctors rule out leprosy because the patient hasn’t left the country, they could be doing them a disservice.