A reader emailed me to ask what I thought would be a good way to better understand some of the more technical posts I put up. First, two course notes which I've found useful as personal references: - EEB 5348 -- Population Genetics - Evolutionary Quantitative Genetics, Uppsala University (if you are ambitious, bookmark this too) 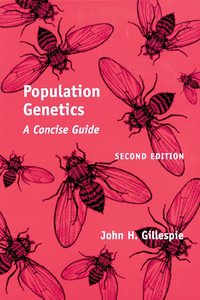 Some people might argue that John Gillespie's Population Genetics: A Concise Guide (Kindle edition) is a touch too abstruse and cryptic for the introductory reader. It's short, and the mathematics isn't challenging, but because of its concision the author can sometimes unleash upon your nearly cryptic formalism, perhaps defeating the purpose of a soft introduction in the first place. To get the most out of this book you probably ironically have to have a more thorough textbook on hand to clear up those particular points which you find confusing. But to get the general logic of population genetics and establish familiarity this seems to be the right entry point (assuming you're not to terrified by algebra). 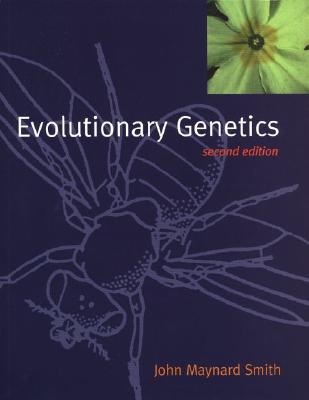 Of course most readers of this weblog are focused more particularly on the topic of evolution, and evolutionary genetics. Evolutionary Genetics by the late great John Maynard Smith is a rather good full-spectrum introduction into this topic. It covers many of the topics in the Gillespie book, though less mathematically intensively. But this is not not just a population genetics books, and expands into other topics of relevance to evolutionary genetics (e.g., of course phylogenetics gets a big shout out). And Smith has richer empirical examples too. This is probably a less intimidating book than Population Genetics, but I'd recommend you hit it second because it will make much more sense if you've got some of the foundations undernearth you. 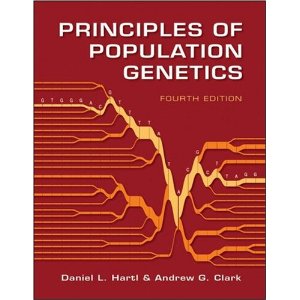 Some of you though might be a little on the unbalanced side. I actually "learned" population genetics (if it can be said I know population genetics, I'd more honestly state I'd familiar with population genetics) through Principles of Population Genetics, the "Hartl & Clark" book. This is not really an introductory book, but I think in some ways it's more comprehensible than Population Genetics, because it doesn't need to be concise. Sometimes formal methods in pop gen only make sense with lots of empirical examples and worked out problems, and this is a book which has the scope in terms of space for that. There's really no big downside I can give for getting this book. I've got he 2nd, 3rd, and 4th editions, mostly because I couldn't find an affordable copy of the 3rd in the early 2000s, while the 4th came out literally right after I purchased the 3rd! 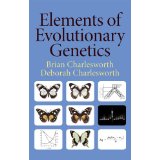 If the John Maynard Smith book isn't enough for you, you need to get Elements of Evolutionary Genetics by Charlesworth & Charlesworth. This should be titled Encyclopediaof Evolutionary Genetics. This is a tome which covers all the bases, though I'm say that the authors focus on population genetics more than the John Maynard Smith text. This is really actually a decent population genetics textbook too. It has more stuff in it than the Gillespie book, and is stronger in the evolutionary section than Principles of Population Genetics. In some ways if you are ambitious, and want just one book, this might be the one to get. You'll find the appropriate sections to your taste. 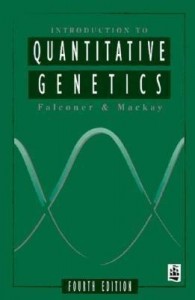 Finally, if you are interested in quantitative genetics, you definitely need to get D. S. Falconer and T. F. C. Mackay's Introduction to Quantitative Genetics. In the previous books quantitative genetics makes a cameo appearance, but this is the book which really allows you to dig into the meat of the discipline. Pop gen is a bit on the abstract and theoretical side, but quantitative genetics is fundamentally a practical field, so you can put this in in the "news you can use" category. Introduction to Quantitative Genetics though does give you a foundation for population genetics, as the field is ultimately in principle a branch of population genetics (though in practice some of the more statistical aspects don't necessarily derive from genetic foundations at all). Honorable mention: - Genetics of Populations. More ecological illustrations from what I can tell. I remember that this book had a better explanation of balancing selection through spatial variation, for example, than the Hartl & Clark book. That makes sense if you have a more ecological bias. - Population Genetics and Microevolutionary Theory. More recent human illustrations. - Population Genetics by Matthew Hamilton. I've never read this book, but my impression is that this is more introductory, and is positioned somewhere between the Gillespie book and Hartl & Clark/Hedrick/Templeton books. - Evolutionary Quantitative Genetics. The title says it all. - Genetics and Analysis of Quantitative Traits. Basically an encyclopedia.