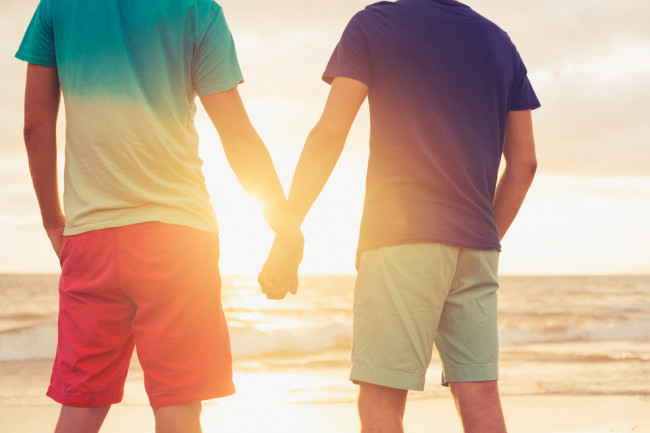 (Credit: By EpicStockMedia/Shutterstock) While the discussion of “nature versus nurture” dominates many areas of scientific research, the debate is particularly contentious when it comes to the origin of sexual preference. However, multiple studies have found links between DNA and homosexuality. Building on this foundation, a new large-scale genetic study explores the roots of male sexual orientation, finding two regions of genetic variance in homosexual men. The factors contributing to a person’s sexual preferences are complex. But the study, out of the NorthShore University HealthSystem’s Research Institute, notes that there is some precedent for a genetic focus — previous studies of families and twins suggest that genes play a role in sexual orientation.

In order to study and compare the subjects’ genes, researchers asked them to provide DNA by blood or saliva samples that were then genotyped and analyzed. This was used to conduct a genome-wide association study (GWAS) — a common method of DNA “scanning.” Before completion of the Human Genome Project in 2003, genetic studies were based primarily on genetic linkage — the fact that DNA sequences near to each other on a chromosome tend to be inherited together. Now, access to banks of thousands of genomes allows researchers to take a big-data approach to genomics, combing through many genomes to pick out tiny differences that seem to be correlated with traits of interest. GWAS studies are ideal for identifying sets of gene variants that show up together in a population — in this case, homosexual men. While GWAS studies provide a list of genetic “regions” that seem to be related to a specific trait, they don’t actually prove causation, and neither do they say much about why a particular trait has emerged. In a news release, Dr. Alan Sanders, lead researcher of the study, said, “What we have accomplished is a first step for GWAS on the trait, and we hope that subsequent larger studies will further illuminate its genetic contributions.”

Looking at the genomes of 1,077 self-identified homosexual men and 1,231 self-identified heterosexual men, the researchers found two regions that seemed to be significant. They published their findings Thursday in Nature Scientific Reports. The first, on chromosome 13, was a region near a gene called SLITRK6. This gene is involved in brain development and is mostly expressed in a part of the brain called the diencephalon — an area previously found to differ in gay men. Chromosome 14 also contains a gene that’s thought to be associated with homosexuality: the thyroid stimulating hormone receptor, or TSHR. The find bolsters previous observations linking unusual thyroid function to sexual orientation. However, the authors note that the sample size was on the small side for a GWAS study, as the process of scanning for and establishing genetic differences requires a lot of data. The focus on just one ancestral group (European) and on one sex was an additional limitation. They also emphasize that although the new genetic regions provide targets for further research, the potential connections remain speculative. And there are many other studies complicating these findings. One, in particular, indicated that biological sex makes a difference and that identical twins can have different sexual preferences. This goes without mentioning the moral dilemmas inherent in this kind of research. At this point, not much is clear. But as genetic studies become more advanced, so will research into the intersection of genetics and sexuality. Regardless, a better understanding of how our genes influence our sexual preferences may illuminate the experiences of gay and straight alike.