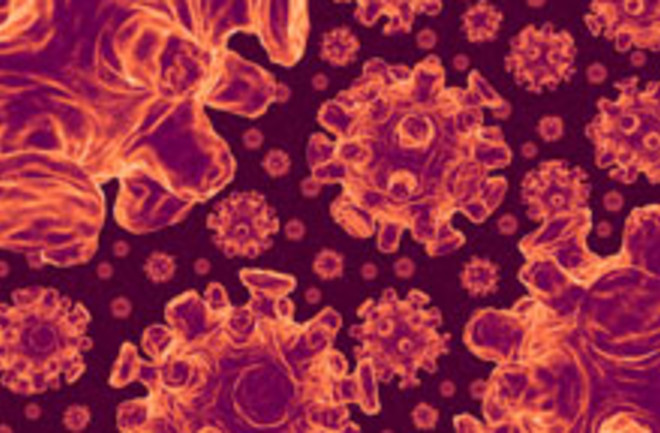 Genetic "pieces" of the 1918 flu virus, which killed between 50 and 100 million people worldwide, were likely circulating between pigs and people two to 15 years before the pandemic struck, according to a new study published in Proceedings of the National Academy of Sciences.

Catch two different flu viruses at once and a new one can emerge, something scientists call reassortment. Birds are the ultimate origin of influenza viruses, but because pigs can catch both bird and human flu strains, they've long been recognized as a species mixing vessel [AP].

The research shows that lethal flu strains may be the result of such reassortment of pre-existing strains, not a sudden genetic "jump." It's a cautionary tale for those studying the current swine flu outbreak, say researchers, as the findings suggest that the swine flu virus could evolve slowly over many years into a more dangerous form.

The analysis found that the 1918 epidemic was most likely created by interactions between human seasonal influenza and a flu strain circulating in pigs, which may have originated in birds. It had [previously] been thought that the 1918 virus emerged quickly, directly from a bird form [USA Today].

To come to the new conclusion, scientists used a computer program to construct flu strains' evolutionary trees and find their common ancestors. They entered the genetic information of all known strains, including those that infect people, pigs, and birds. The program worked backward from genetic relationships and estimated dates to find where and when bits and pieces of deadly strains arose.

According to the new analysis, some genes of the [1918] virus may have been circulating as early as 1911. "Our results show that, in terms of how the virus emerged, it looks like much the same mechanism of the 1957 and 1968 pandemics, where the virus gets introduced into the human population over a period of time and reassorts with the previous human strain" [Technology Review]

, says lead author Gavin Smith. The study showed that genetic variants of the 1968 flu, which killed nearly 34,000 people in the United States, began circulating one to three years earlier, while close relatives of the 1957 flu, which struck down about 70,000 Americans, circulated for two to six years before it struck. The research offers clues as to how virulent strains develop and emphasizes the importance of monitoring existing ones. The authors' biggest fear

isn't that the novel swine flu will mix with some regular winter flu as both types start circulating when cold weather hits — but that it might hang around long enough in places like China or Indonesia to [swap genes] with an extremely lethal bird flu that sometimes jumps from poultry to people [AP]. Information from the study could help scientists better predict which strains will arise, and whether these variants will be particularly deadly.