It's So Cold, You Might Be Allergic to It 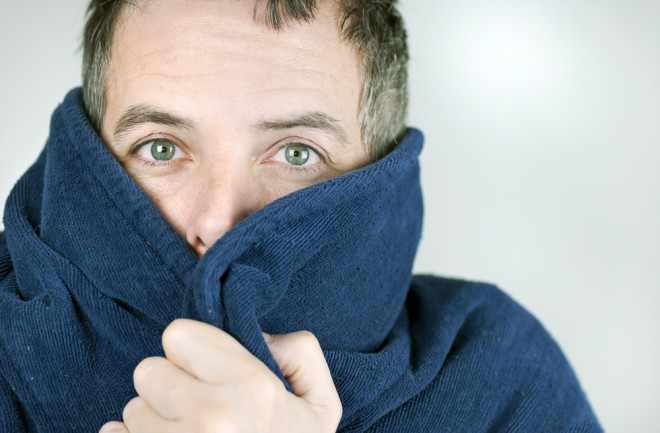 (Credit: David Stuart Productions/Shutterstock) On a freezing morning in January, my boyfriend had just emerged from the icy waters of Lake Michigan along with hundreds of others who had just participated in the annual Polar Plunge. He was frozen to the bone, but so was everyone else. There was, however, something distinct about my boyfriend’s experience — the extreme cold triggered a new, mysterious allergy that would linger for years. That summer, he took a dive into a cool lake for a swim. Afterwards, he began to break out into full-body hives. Uncertain of the cause, his family dismissed the event as swimmer’s itch. But the red, itchy patches would return every time he came in contact with the cold. It was like his body was allergic to temperature changes. Which, it turned out, he was. My boyfriend suffers from cold urticaria, or more plainly, an allergy to the cold. Combating the Cold Urticaria, known to many simply as hives, is a common reaction to a wide range of allergens and irritants. It’s caused by histamines, a compound our bodies produce to mobilize the immune system against threats. The reaction can take the form of itching, eye watering or sneezing, but the goal is the same — get the foreign substance out. As allergy sufferers know, our bodies aren’t always great at identifying which substances pose a threat. Dandruff, pollen, nuts, these things are common allergens. Other kinds of allergies are rarer, but the mechanism of action is the same. Cold urticaria is one of the uncommon ones. While roughly one in 10 people are allergic to household pets, roughly one in 100,000 suffer from a cold allergy. Symptoms are similar to other skin-related allergies: Exposure to cold can cause itchiness, swelling and hives. While a “cold allergy” may sound like it would keep you locked inside all winter, that’s not usually the case. It’s a dramatic drop in the skin’s temperature, not just cold itself, that typically triggers symptoms. One of the most dangerous triggers is swimming in cool water on a hot day — a mild reaction would be full-body hives, whereas a more extreme reaction could result in anaphylactic shock and potential drowning. Some with cold urticaria also report difficulty consuming frozen foods or liquids, and they can potentially result in choking and asphyxiation as the throat swells shut. Even smaller, less consequential events can also trigger a reaction. Sweaty exercise on a chilly, breezy day or holding a cold beer in the heat of summer can be enough to cause hives or a swollen, itchy hand. A Chilling Mystery For most people with cold urticaria, their allergic symptoms first begin to appear with no apparent cause. For others, it can be the result of an infection or other condition. In roughly one in a million cases, the allergy is inherited. For most, cold allergies manifest in adolescence — although children as young as five years old have exhibited the allergy. The official test for cold urticaria, as with many other allergies, is a spot test on the skin. An ice cube is placed on the forearm for a set period of time to observe the reaction of the skin. Treatment, as with many other allergies, is a combination of avoidance and antihistamines. Antihistamines do not eliminate the allergy, but instead suppress the body’s natural response to the allergy trigger by blocking histamine release. In serious cases, those suffering from cold urticaria may need an EpiPen to prevent serious harm. As with other allergies, the epinephrine (also known as adrenaline) administered through an EpiPen helps to narrow blood vessels to maintain blood pressure, as well as to increase air flow to the lungs. While there have been no deaths attributed exclusively to cold urticaria, the disease may have played a role in cold and drowning related deaths. Cold allergies are just the same as any other allergy. As strange as it may sound, cold-induced urticaria is the same kind of reaction as an allergy to pets or peanuts. It’s totally possible for those allergic to cold to live in cold environments, but a little extra care and preparation are required. Fortunately, for many individuals, symptoms of cold urticaria disappear completely after about five years. So if you suspect you may have an allergy to cold, be sure to bundle up and hopefully it will pass.