Is Virginity Loss Really All in Your Genes? 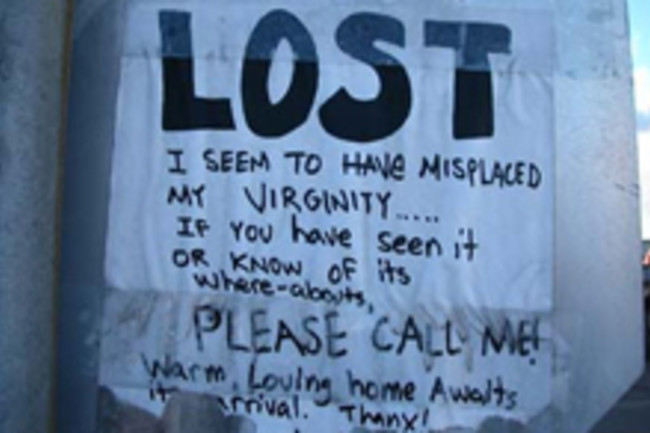 We blame genes for obesity, mental illness, and a host of other issues. But can they determine when we lose our virginity? Researchers are now saying yes, they can—or, at least, that's what media reports are saying researchers are saying. Here's the real deal: According to a study out of California State University, our genes may play a (minor, debated) role in the age at which people first have sex. CSU psychologist Nancy Segal looked at 48 pairs of twins who were separated at birth to see how genes influenced their sexual maturity. To compare the twins’ sexual histories, Segal had each of them take a "sexual life history interview" composed of a "sexual meaning survey, a sexual life history timeline, and a sexual behavior questionnaire." The researchers found that most twins lost their virginity at around 19 years of age. New Scientist calls the findings "modest" at best—the genes "explain a third of the differences in the participant’s age of first intercourse." Of course, despite screaming headlines to the contrary, exactly how genes are linked to the loss of virginity is still thoroughly "speculative," as Segal told DISCOVER. Other groups have pinpointed a gene—DRD4— that has been linked to age of loss of virginity. Given all the hoopla, it's worth asking, are these studies really linking genes and virginity at all? DRD4 is known as the "risk taking" gene? People who are risk takers also abuse alcohol and drugs or engage in delinquent behavior—virginity is only one risk-taking measure, and an arguable one at that. Environmental factors, such as coming from a divorced family, can also make someone more likely to engage in sex earlier in life. Personality traits and hormonal effects also play a role. Peer pressure in times like high school, or societal norms such as the sexual promiscuity of the '60s also may have influenced virginity ages. The list goes on. For what it’s worth, it might be in our financial interests to wait: This 22-year-old supposedly sold her virginity on the Internet for $3.7 million. Related Content: Discoblog: Boys if you want to get girls don’t study science.